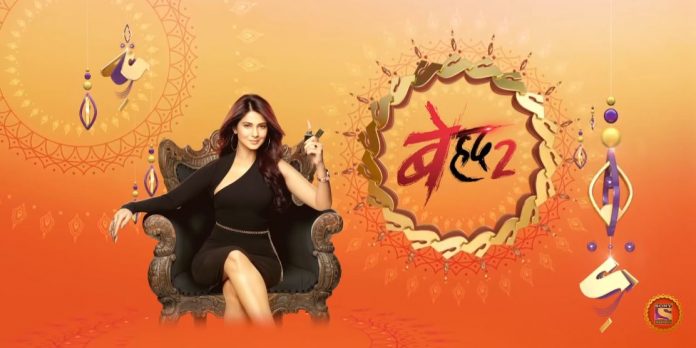 Beyhadh 2 Upcoming Shocking Maya shoots Rishi Maya’s dramatic entry kick starts the story. She appears much knowledgeable, stubborn and clearly focussing her aim. Maya’s madness can be seen by her strange move to uncloth and enter the sea. She feels when the body gets tired and worn out, the soul enters a new body. She immerses herself in the sea to clean herself from the unwanted stress and emotions. The rich and influential businessman Mrityunjay is seen performing the Maha Aarti.

His son Rishi enjoys with his friends. Mrityunjay celebrates his wedding anniversary with his wife. He performs the puja and fills sindoor in her hairline. His other son Rudra sword fights and practices with his friends. Maya throws the sword at him to continue his practice. Rudra cares for her wound unaware that its her. He wants to end the fight. She attacks him. She tells him that he has printed a wrong news about her. He denies it. She warns him and makes a leave.

Rishi goes to the sea for the immersion ritual. Rishi gets trapped by Maya. She traps him with ropes. She then rescues him. She saves his life. He gets surprised to see such a pretty girl being his angel. He selects her as his would be wife. He tells his dad that the girl will be Bahu of the family. Rudra tells that he has met Maya.

He feels Maya is a psycho. He doesn’t want to work with the famous novel-writer Maya. Rishi is brought home. Tia attends him and does the aid, being a doctor. Rudra turns up and learns about Rishi’s incident. Rishi tells Rudra that someone trapped him and pulled him inside the sea, then some pretty girl saved his life. Rudra looks at bad terms with his dad. Mrityunjay and his wife cut the cake and celebrate. Maya stabs on Mrityunjay’s picture. She has framed Rudra as well. She has hatred for Mrityunjay.

She wants to ruin his family completely. Rishi falls in love with Maya. Rudra hates Maya. He warns Rishi against falling for Maya, who may kill her. Mrityunjay realizes that someone is after his sons. Rudra doesn’t want Rishi to lose his life. Rishi rushes to meet Maya and proposes his love. Maya shoots at him, with a warning that love is such a valley, from which just death can bring out the person. Maya shows her psychotic side again. Will Maya kill Rishi soon or play along with Mrityunjay and Rudra to spread her fear? Keep reading.