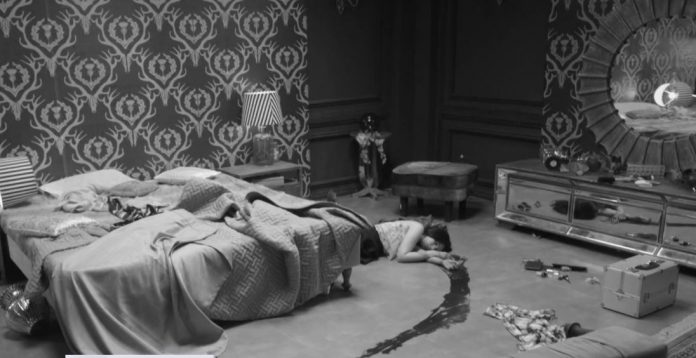 YRKKH Kahan Hum Tum Upcoming Shockers Highlights Kartik wants Naira back in his life. He tells her that everyone has a right to know this, so that they don’t feel cheated. Naira is hesitant. She tells him that they have confessed love in a moment and now they shall forget it. She feels they can’t make their families suffer by their stupid love. She doesn’t want to make any mistake. He is trying hard to convince her. He thinks Naira is stubborn and won’t agree soon. He decides to take a drastic step to reveal his feelings for Naira. He worries when Vedika goes missing. Naira tells him that she had sensed Vedika’s presence around.

She feels that Vedika had learnt about their togetherness. She fears that Vedika may attempt suicide. She doesn’t tell about Vedika’s earlier suicide attempt to Kartik. He isn’t aware that Vedika had threatened to end her life before and made Naira file for divorce. He doesn’t know that Naira had taken critical measures because of Vedika. Naira wants to protect Vedika. She wishes Kartik understands her. Vedika considers to leave Kartik for his happiness. Will she divorce Kartik or make Naira away forever? Keep reading.

Kahan Hum Upcoming Shock Muskaan Highlights Veena, Yash and Rohan are much against Sonakshi, just like Naren. Rohan and Rohit have a clash again because of Sonakshi. The family leaves Sonakshi alone. Sonakshi gives an explanation to Rohit and sheds tears. Rohit knows she is innocent and supports her. He fails to tell them that Pari is the culprit. Sonakshi doesn’t listen to anyone’s warning and wants to check on Pooja once. She gets much concerned for Pooja.

She comes across her life’s biggest shocker when she finds Pooja lying in a pool of blood, post cutting her wrist in her suicide move. Sonakshi fears of losing Pooja and rushes to inform Rohit about it. Sippys will once again blame Sonakshi for the unfortunate incident. Will Sippys lose Pooja or will Sonakshi save Pooja’s life?

Muskaan gets helpless to agree to Sir ji’s condition. She begs him to spare her daughter. He tells her that he will take revenge on her. Ronak feels unwell and misses Muskaan. He takes care of Khushi. Nisha asks him if he is missing Muskaan. He doesn’t want to share anything even on her insistence. Sir ji tells Muskaan that she won’t be able to win now. He asks her if she had gone to meet Ronak and take help. He asks if she wants to make Ronak against him again. He scolds her for always being the same dancer belonging to the brothel. Muskaan cries on the insult.

She doesn’t get the hint that she had gone to the house, where Ronak resides. She wants to find Ronak. He asks her what will she tell Ronak when they meet, that Roshni is also a dancer. He asks if Ronak will accept her again. He breaks her confidence. Rani and her mum ask Nisha to befriend Ronak and then win his heart. Roshni prepares for the dance. She waits for her performance. Muskaan hurts herself. She tells Sir ji that she will commit suicide and then he will lose Roshni.

She wants to snatch his everything to break his evil power. Nisha takes care of Ronak. Ronak speaks to the principal. She asks him if he met Khushi’s teacher Mira. He denies it. She asks him to meet them at school once. Ronak thinks if he should go there. Nisha worriedly manipulates him. She doesn’t want him to go and meet Muskaan. Ronak doesn’t want Nisha to come close to him. Sir ji asks Muskaan to dance on the stage like she danced for the first time. He compels Muskaan.