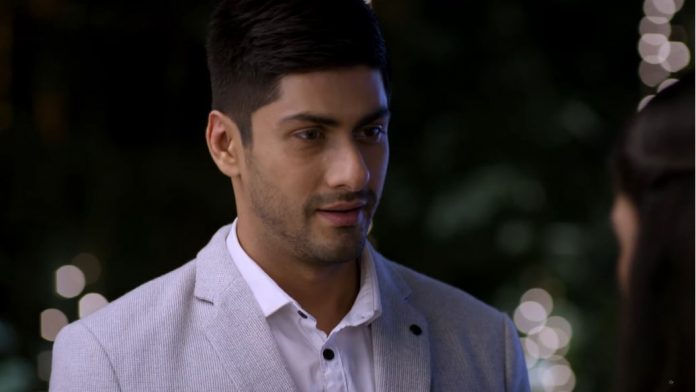 Sanjivani Sid extreme love and hatred twist Ishani congratulates Sid for clearing his name. She tells him that he is one of the best doctors she knows. She is very happy for him. He wants to confess love to her. She goes for a work call. Sid plans to propose her with love. Sid gets busy in arrangements for his romantic date with Ishani. Ishani tries to finish her work soon so that she can go to Sid. On the contrary, Asha weeps that she has lost everything because of Vardaan. She thinks she lost true friends and also her career dreams. She blames Vardaan for this. Vardaan warns her to stay in her limits. He threatens to ruin her if she goes against her.

He tells her that he had saved her by asking Sid for evidences. He convinces her to work for him. He tells her that she shouldn’t free Sid from the marriage. He asks her to use the marriage as her weapon. He tells that the marriage will save her career. He asks her to leave her worries. Ishani is glad and can’t express her happiness. She dances around and runs to Sid. She doesn’t see Sid. She scolds Asha for her cheap tactics. Asha tells her that she is Sid’s wife and will not get away from him. She wants to limit Ishani. Vardaan thinks Asha may back stab him any time if she gets exposed.

He thinks he should better employ Juhi or Anjali in his plans. He doesn’t want to depend on Asha alone. Ishani comes across Sid’s cute surprise. Sid sets decorations and lightings in the garden. Sid romantically proposes Ishani. He confesses his love for his lover. He apologizes for his indifference and loss of faith. He tells her that he should have believed her before. He feels sorry to not trust her when she was trying hard to bring the truth out. They have a sweet dance to make memories. Sid confesses love again and again. He romances her. She gets stressed that Asha is still his wife. He wants to live the moment without any tension.

She tells him that he is wedded to Asha and its not a light matter to deal with. Sid gets helpless when she parts herself away. Asha tries to distance them. Sid tells Asha that he will not stop himself because of the marriage, Asha has lost the place in his life. He reprimands Asha for her plotting. He suspects that Asha isn’t pregnant and fooling him. He drags Asha for the medical tests. Asha’s pregnancy drama will be known to Sid and Ishani. Sid clears out that he madly loves Ishani and now he hates Asha the most. Will Sid learn Asha and Vardaan’s cunning plans to trap him? Keep reading.