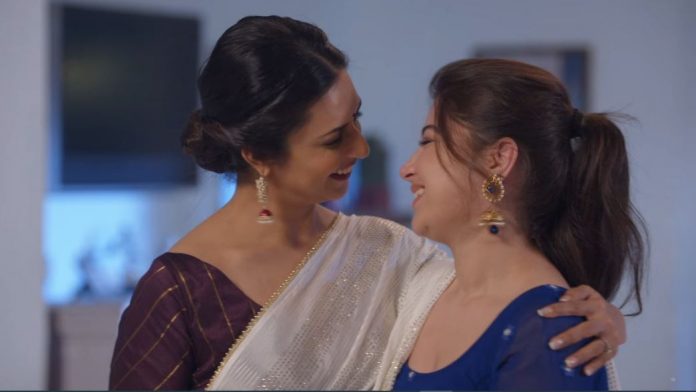 Yeh Hai Mohabatein Star Plus Ruhi’s shocking collapse Neeti tells Arijit that she is responsible for her mum’s accident. She clears the misunderstanding. She tells that Raman and Ishita aren’t responsible for any loss. Arijit and Shardul feel sorry. Arijit tells them that he didn’t intend to cause them harm, he was just mistaken. Neeti also supports his negligence, since she couldn’t tell him the truth before. Arijit feels ashamed of his crimes. He knows Raman and Ishit are too good to forgive him. Shardul also apologizes to Ishita for cheating her, when she trusted him so much. Arijit and Shardul don’t want them to punish Neeti for their crimes.

Raman assures that his family will take care of Neeti well. Arijit and Shardul get arrested to pay for their crimes. Raman and Ishita get happy that they got rid of their enemies. Mihika calms down Neeti. Mihika wants to look after Neeti. Neeti feels guilty. She feels she is responsible for all their problems. She wants to make a leave. Raman tells Neeti that she may go later but should take rest now. Neeti wants to go to the police station and help Arijit and Shardul. Aaliya and Yug try to help Neeti. The family apologizes to Raman for not believing him. Ishita explains to them that she had hidden about Raman just to save his life.

Ishita and family apologize to each other. Raman hopes Neeti stays fine. He learns that Neeti had shifted to Arijit’s house. He wishes to help her some way. The Bhallas suggest a family dinner. They want to go and enjoy the special family time. Ishita learns that Sanjay was also Arijit’s aide. She tells that Arijit had laid a big trap for them. She is relieved that its all over now. The family gets ready for their dinner plan. Raman compliments Ishita. He gets romantic but Ruhi interrupts them. Yug and Aaliya make an excuse to avoid the dinner. Yug tells them that he has to attend a meet at the factory. Raman thinks Yug and Aaliya have their date plans.

Yug and Aaliya stay back at home and make a lovely surprise ready for Raman. They want to make Raman feel special and apologize for not identifying him before. Everyone praises Yug and Aaliya for their sweet surprise. Raman and Ishita cherish their old memories with the family. Raman plans a holiday with Ishita. She teases him by planning a family holiday. While they romance, Ruhi breaks their moment. Raman and Ishita plan Ruhi and Karan’s marriage. Ruhi collapses down shocking. What would happen to Ruhi? How would Ishita prove herself as the best mother for Ruhi? Keep reading.