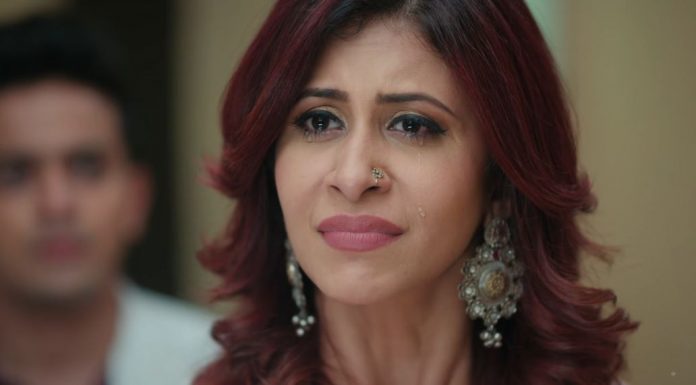 Kahaan Hum Starplus Rishtey Pyaar Upcoming Pooja had tried to commit a suicide. Sonakshi has handled the matter well. Pooja knows Sonakshi’s true affection. She feels close to Sonakshi, than her Sippy family. She doesn’t feel attached with Sippys, who adopted her. She doesn’t respond to Rohit, Naren, Yash or Nishi who arrives there suddenly. Nishi gets angry on Sonakshi, for being the root cause of all the problems. Pooja tells that she isn’t related to Yash and Nishi. She feels she has a friendly bond with Sonakshi and wants to be with her. Pooja breaks down. She hurts her family being in anger. Nishi warns Sonakshi to stop brainwashing Pooja against them. Nishi gets a shock when Pooja denies to have any relations with her.

Muskaan loves Ronak a lot. She misses him every moment. Nisha and Mami make a plan to break Muskaan’s heart so that Muskaan doesn’t return to Ronak’s life. They take Ronak and Khushi to the park, where they call Muskaan. Nisha gets into a moment with Ronak intentionally to make Muskaan witness it. Ronak cares for Nisha. He is clear that he doesn’t love Nisha. Muskaan gets a shock seeing their romantic moment. She never thought that Ronak will give her place to someone else. It becomes a shattering moment for her. She decides to not meet him and leave from his life.

Abir and Mishti meet while they go for the offsite meeting on Nannu’s call. Abir checks in a hotel with Kunal. Nannu gives many reasons to Mishti to be with Abir. He wants to give them alone time so that Mishti convinces Abir with love. He feels Mishti shouldn’t get a heart break. He wishes Mishti and Abir reunite. Abir tells Kunal that Mishti is his past and he isn’t interested in her. He tells that he will never fall for Mishti. He hides his feelings for Mishti. Mishti realizes Abir’s lies. She wants him to accept his feelings and tries hard. Meenakshi will soon learn about Mishti’s return, and Nishant playing the cupid for Abir and Mishti.