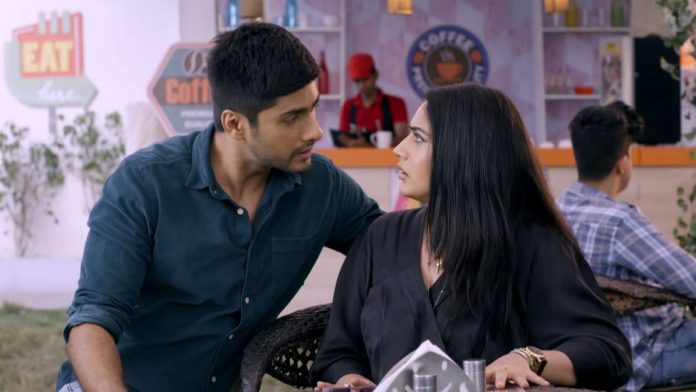 Sanjivani 2 Sidisha ultimate romance stuns Asha Vardaan builds up pressure on Asha to separate Sid and Ishani. He finds Ishani bringing Sid’s career on the right track. He doesn’t want Sid to perform more successful surgeries with Ishani’s help and make Shashank proud. He wants Sid to beg for his ruined career so that Shashank gets hurt. Asha is helpless seeing Sid’s true love for Ishani. She tells him that she isn’t able to separate them. He asks her to adopt any means to break them apart. He threatens to call her family and reveal her pregnancy news. Asha buys some time. She finds a way to work out her motives.

She joins hands with Rishabh, knowing how much Rishabh hates Sid. She asks him to date Ishani, which will break Sid’s confidence on the personal level. She wants Rishabh to break Sidisha pairing. Rishabh is also interested in Ishani. He agrees to Asha’s deal. They together work out to separate Sidisha.

Meanwhile, Sid shocks Ishani by acting dead in the morgue. He tells her that she means his world and he is really like a corpse without her love. Ishani doesn’t want him to say any such nonsense. She avoids him again. Sid doesn’t listen, since he wants to write their love fate. Sid is sure that his madness will melt her heart.

Asha feels she has done much wrong. She is helpless. Asha sends Rishabh to Ishani. Rishabh meets Ishani who is chased by Sid. Sid is trying to convince Ishani by different ways. Rishabh asks Ishani for a coffee date. He offers his friendship. Ishani isn’t interested n his friendship. She thinks it will be good step to dishearten Sid and keep him away. She agrees for Rishabh’s date plan. Sid confronts her. She reminds that he is married to Asha. She tells that his life has no place for her, but she has a right to live her life. Rishabh informs Asha that he is taking Ishani on a date.

Sid doesn’t care for the world. Ishani asks him why did he marry Asha by getting scared of the world that her baby will be called an illegitimate. Sid realizes that she is right. He wants to change his thinking. He tells that he will no longer act according to the societal pressure. He wants to keep her away from Ishani. He understands that Asha has sent Rishabh. He warns her cheap tactics. He tells her that his love will convince Ishani. He wants to prove it to everyone.

Sid follows Ishani to the cafe. Rishabh meets Ishani. Asha wants to get saved from Vardaan. Sid surprises Ishani. He handcuffs her to stop her from running away. He accompanies her to home. Sid romances Ishani to make her realize his love. Vardaan threatens Asha to ruin her career. Asha is compelled to take a big move. She finds Sid and Ishani together again and loses out.