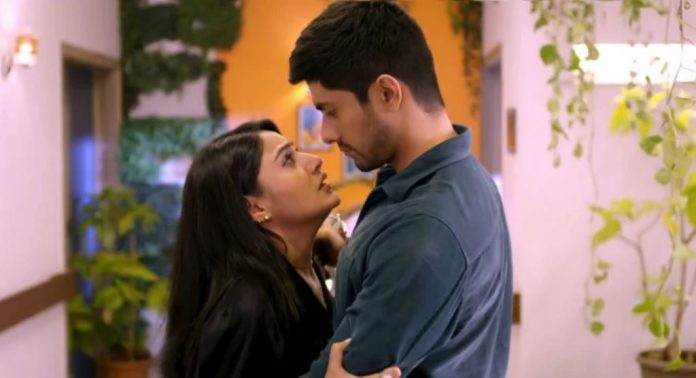 Sanjivani Starplus Sid challenges Asha Upcoming twists Sid spoils Rishabh and Ishani’s date. Sid tells Ishani that he had come to the cafe by getting in her car. He tells that he will follow her until he convinces her. Ishani asks him to leave. Sid doesn’t give up on her insistence. Vardaan tells Asha that she is failing in her task and giving more chances to Sid and Ishani to romance. He asks her to use her marriage weapon against Ishani. He tells her that once she makes Sid and Ishani away, she will be a winner. Asha has all hopes pinned on Rishabh.

She hopes that Rishabh traps Ishani in love and Sid returns back to his wife. Rishabh finds Sid at the cafe. He insults Sid. He tells Sid that he should better focus on his wife. Sid laughs on Rishabh’s stupidity. He calls Rishabh’s girlfriend Mansi. He gets rid of Rishabh, thanks to Mansi’s help. Ishani feels odd because of Sid’s madness. She tells him that she loves him, but he can’t take her love granted. She wants him to give a legitimate name to their love. She tells him that he can’t force love on her, while keeping a relation of marriage with Asha.

She asks him to better stay away. Sid plays a drama and tells the people that he is Ishani’s husband. He asks her to think about their children. He gets support from the people. Ishani rushes to her home. Sid goes to her again. Rishabh informs Asha that Sid ruined the date. Vardaan tells Asha if her plan is working. Asha lies to him to get saved. Sid doesn’t let Ishani run again. He handcuffs her to have her along. Vardaan reprimands Asha for her lie. Asha doesn’t want to separate Sid and Ishani. She asks him to spare her from his evil plotting.

Vardaan threatens to fire her from the job. He types her termination letter and ruins her career. Asha doesn’t want this to happen. He tells her that he will badly trap her. She gives up to his evil. She tells him that she will execute his plan and separate Sidisha. Vardaan asks her to remember her goal. Asha rushes to Ishani’s place, where she finds Sid and Ishani kissing. She threatens them of dire consequences. She insults Ishani for dating a married man. She asks Ishani to stay away from Sid. She shows her nuptial chain to manipulate them further.

Sid tells Asha that he doesn’t care for their marriage now. He boasts of his strong love for Ishani. He tells Asha that none can separate Ishani from him. Asha gets desperate in her attempt. Asha is helpless because of Vardaan’s threatening. She regrets to strike on a couple’s true love, but she is practical minded. She doesn’t want to ruin her own career and life to help them. She is scared of her dad who would kill her on knowing about her pregnancy out of wedlock.