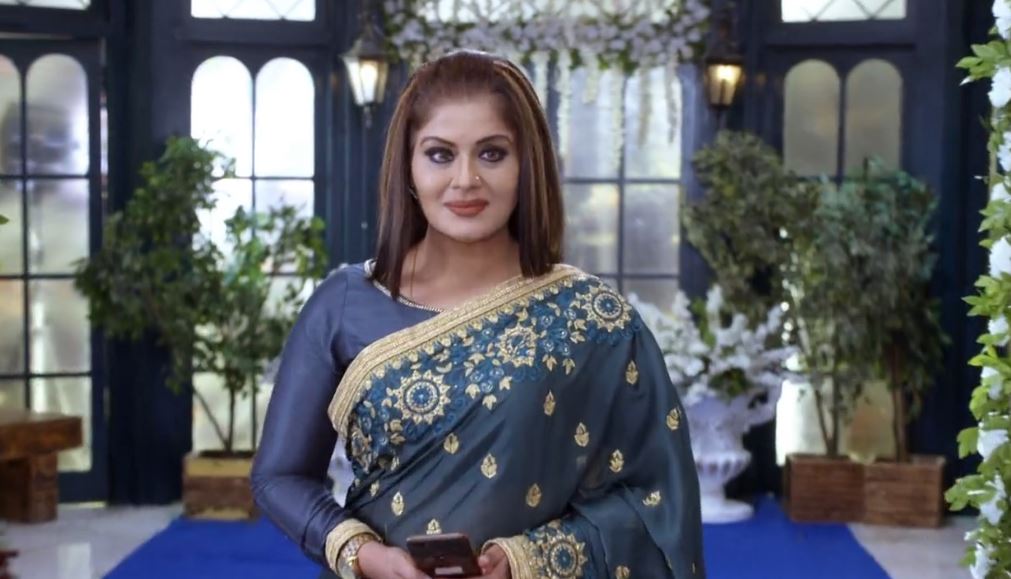 Yeh Hai Mohabbatein Sudha Shocks the Bhallas Ruhi wants to tell Karan about her health condition. She feels guilty that she is lying to Karan. She is much affected by her nightmare. She tells them that once Karan knows about it from someone else, he will lose faith on her. She doesn’t want to lose her love again, which would shatter her. She has already twice in her relationships. She feels she can’t tolerate the third rejection. She tells Raman and Ishita that she is afraid that her worst fear will come true. Ishita pacifies him. Raman tells Ruhi that he will handle the matter and talk to Sudha and Karan only at the right time. Raman doesn’t want Ruhi to get hyper.

Raman tells Ishita that they should meet the doctor to know about the possible solution. The entire family pities Ruhi’s fate since she had undergone lots of problems in her life. They want to help her. Mr. Bhalla and Mr. Iyer try to find a solution by talking to Sudha. They want Ruhi’s fears to end. They think it will be good if the marriage happens after they tell the truth. They don’t want Karan to feel cheated and end his relation with Ruhi. They call up Sudha to fix a meeting. Sudha plans to buy a designer lahenga for Ruhi just to fulfill her wish. She tells Karan that she wants the bridal dress to be from their side.

She wants to fulfill her dreams of getting her Bahu home. Karan doesn’t limit her dreams. He asks her to go ahead with shopping. Their conversation gets misunderstood by Mr. Bhalla, who makes a call to Sudha at the same time. Mr. Bhalla feels Ruhi has called Sudha and told about her health condition. He misunderstands and assumes that Sudha is breaking the alliance. He doesn’t want any shock for Ruhi and her parents. He decides to speak to Sudha and beg her to not break the marriage. Mr. Bhalla and Mr. Iyer meet Sudha and Karan to request for not breaking the marriage. They tell that Ruhi got to know it a day before.

They reveal the shocking news that Ruhi can never conceive a baby. They blurt out the entire truth being mistaken. They tell Sudha that they have seen Ishita battling her bad fate and society’s taunts since a young age. They are proud that Ruhi became a big support for Ishita. They aren’t sure if Ruhi will be able to hold herself with the same courage. Sudha can’t believe them. Ishita and Romi try to explain Ruhi that life doesn’t end if she doesn’t have her own children, she may adopt a child and love as her own. They encourage Ruhi to look forward in life. Sudha rushes to Ishita to confront her for the big deceive.

Karan tries to sort the matter. He asks Ruhi the reason for not believing his love. Ruhi shares her fears. She loves him a lot. Sudha gets into an argument with Raman and Ishita. She never felt that they would hide such a crucial matter, when she had helped them so much in the path. Bhallas apologize to Sudha for the delay in telling the truth. Ishita tries hard to convince Sudha, who shocks them by calling off the alliance. Shagun happens to surprise Bhallas. She tells Ruhi that she had to return early for her daughter’s marriage.

Sudha reveals that Ruhi isn’t able to give her an heir, which is a reason enough to end the alliance. Shagun learns the disheartening truth. Shagun and Ishita fall helpless while explaining her. Raman wants them to convince Sudha some how. He doesn’t want Ruhi to lose her love. Karan assures Ruhi that he will talk to Sudha. Sudha disagrees to Karan’s request. She wants her grandchild to pass on her legacy. Karan wants to marry Ruhi, irrespective of the truth. What would Sudha do now? Keep reading.