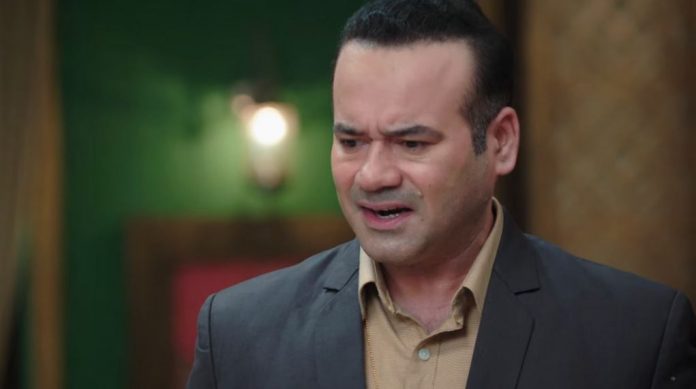 Kahaan Hum Upcoming Naren shocking exposure huge twist Rani brings huge twists in Rohit and Sonakshi’s sweet story. Rani is connected to Sippys, being Pooja’s real mother. Sonakshi gets her suspicion raised when Rohit gets angry about Rani’s arrival. She gets her doubt confirmed when she finds Rani possessing Pooja’s pictures and life updates from the newspaper. She wants to know how Rani is related so deeply to Pooja. When she meets Rani to confront, it gets clear to her that Rani is Pooja’s mother who had to abandon her for some reason. Sonakshi doesn’t learn that Naren is Pooja’s dad.

Rohit gets afraid that Sonakshi is finding the truth pretty quickly. He doesn’t want her to know the entire truth. Naren isn’t aware of Pooja’s truth, that she is his own daughter. He had been living in guilt about his illegitimate affair. He knows Yash and Nishi have covered up for his mistake in the family, but doesn’t know about Rohit’s involvement in Pooja’s adoption matter. Sonakshi will soon find Naren’s truth and disclose it to Naren first. What will be Naren and Veena’s reaction on this? There would be a huge drama with Naren’s affair coming out.

Colors’ Merger:
There will be a merger episode of Vidya and Choti Sardarni. Vidya and the school kids fall into trouble. Vidya awaits Vivek for his help. Meher and Sarabjeet find Vidya in trouble. They risk their lives to save the kids from the goons. Sarabjeet fights the goons. He gets at gun point. He tells the goons that he will stand as a shield for the kids. Sarabjeet gets trapped. Vivek gets the police there. He makes the entry on time and saves them. Vivek becomes their savior. Salman Khan will be part of the merger episode.

Manmohini:
Ananya keeps the wedding card in the temple. She gets helpless to do this. She gets hurt. Ananya’s dad tells her that if she really loves Shiv, she shouldn’t lose. Ananya gets encouraged. She thanks her dad for filling confidence in him. Ananya drops the card unknowingly. Ketki’s name gets removed from the card. Ananya’s dad tells her that true love is obtained by much difficulties and one shouldn’t give up so soon. She gets motivated. She wants to win Shiv’s love. She is confused to make a solid plan to stop his marriage. The marriage functions begin. Ketki is happy to win over Ananya.