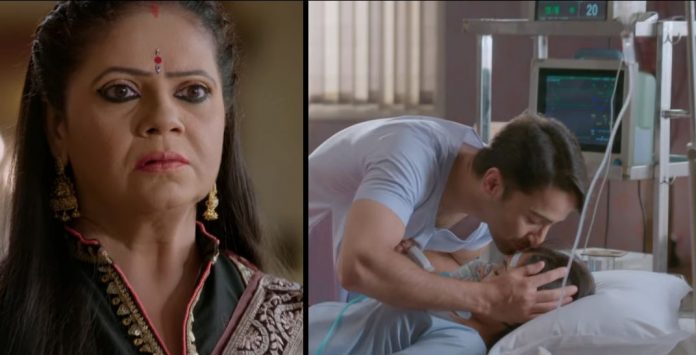 Rishtey Pyaar Starplus Mishbir Stunner for rigid Meenakshi Abir and Mishti have met after two months. Abir has confessed love to Mishti when he was fearing to lose her. Mishti had planned to make Abir confess love and admit his mum’s mistake. She succeeds in her plan after risking her life. Nannu is angered on himself for letting Mishti take such risk. Parul understands that Abir is faking happiness in front of the family. She sees Abir with Mishti. She wishes that Meenakshi understands Abir’s love for Mishti. She wants Meenakshi to leave her anger and ego. She knows Mishti isn’t a home breaker.

Abir takes care of Mishti. He isn’t able to forget Mishti, since she is his world. Meenakshi doesn’t want Abir to get trapped by Mishti. She finds them together on the news channel. She rushes to the hospital to speak to Mishti. She comes across the biggest shock, to see Abir and Mishti in a close moment. Abir promises his love to Mishti again. Abir and Mishti’s togetherness stuns Meenakshi, who rages and reminds Abir their old deal regarding Kunal.

Zara gets attacked by a masked man. She hides in the room to get saved. Kabeer reaches her. The attacker runs away. Kabeer pacifies her. Zara gives him a diary as a gift. She tells him that its Zara’s diary. Kabeer reads the diary. He reads the poetry. She likes it and tells him that she also wanted to read the poetry. She feels love for Kabeer. She doesn’t realize it. She knows that he just loves his wife Zara. She wants to clear her confusion. Ruksar is the person behind the attacks on Zara. She hates Zara and wants her away from Kabeer.