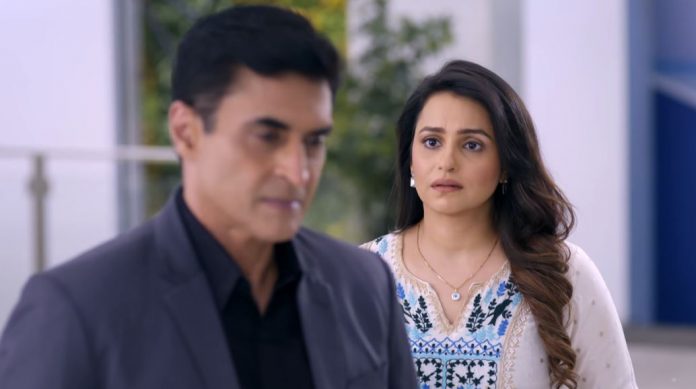 Sanjivani 2 Havoc twist Sid Ishani romantic drama Shashank meets Sid and expresses his concern. Sid apologizes to him. He promises to win his trust again. Shashank asks him if he has any problem to share. He wants to help Sid. Sid tells that he can manage his problems. Vardaan meets someone secretly and hires as his next aide. He wants to target Shashank and Sid. He tests their relations. Shashank asks Sid to take care of himself until he returns from the conference. Sid feels fatherly love from his side. Asha goes to Anjali for her regular check up. Anjali taunts her for her mean behavior.

She asks her not to expect love from Sid, after ruining his career. She hands over the reports to Sid, whose coming surprises Asha. Sid tells Asha that he is just being good for the sake of the baby, since he isn’t like her. He wants to be dutiful towards the baby. Asha feels ashamed of her doings. Sid tries to call Manik, the landlord, to end their problems. He tells his friends that Manik’s matter isn’t solved. Sid witnesses Rishabh asking Ishani for a date. Ishani agrees to Rishabh just to make Sid away from her. Sid gets poetic to express love. He explains that he will not give up. Shashank is much worried regarding Sid, who career is at stake.

He tells Juhi that he feels Sid is like his child. He asks Juhi to look after Sid. He knows Sid is immensely talented. Juhi gets a strange note. She tells Shashank about the troubling notes. Shashank and Juhi read about Shashank’s son waiting for them. They go to the directed place and just find Sid. They don’t realize that someone is trying to reveal that Sid is Shashank’s son. Shashank thinks someone played a prank. Vardaan pities Shashank who isn’t aware of his blood. Vardaan enjoys their drama. Shashank asks Juhi not to overthink about it.

Sid and Ishani get set for the party. Ishani gets help from Sid’s friends. Sid doesn’t give up again and makes a plan to get rid of them. He finally sees Ishani’s mesmerizing look. He falls for her. Juhi organizes a charitable event in Sanjivani. Vardaan and Anjali handle the event in Shashank’s absence. A patient is in need of a heart transplant. His dad pleads to the doctor to get the surgery done on time.

The doctor denies to help him by giving the organ to a rich patient. The man decides to fight for his son’s survival. He is ready to do anything to save his son. Ishani and Sid have a moment when the latter acts hilarious to spoil her date plans with Rishabh. The man reaches Sanjivani and shoots a nurse. He creates a havoc to get the heart organ for his son’s surgery. Will Vardaan frame Sid in this incident? Keep reading.