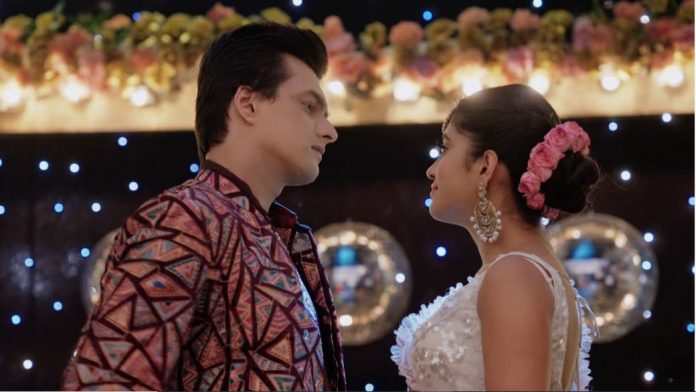 Yeh Rishta Strange Upcoming Kaira missing Kairav panics Dadi, Goenkas and Singhanias are much worried for Naira’s absence. Dadi yells that Vedika maybe involved in this, she has switched off the phone. She feels restless. She requests Kartik to go and get Naira home as soon as possible. Kartik finds Naira coming home in her unique way. He asks how did she come in a truck. He was much worried for her. She tells him that she went to the dance academy for some work and lost her car keys. She tells him that she wanted to come home soon and got lift as per Vedika’s idea. She reminds him that Vedika is still inside the truck.

Kartik and Naira apologize to Vedika. They get busy with each other. Vedika finds them in their moment. She is hurt that they aren’t being grateful to her for the big sacrifice. She thinks if she did right to free Kartik from their marriage. Kartik gets Naira home to relieve Dadi’s tension. Dadi cares for Naira happily, just the way she used to pamper Vedika before. Vedika misses Dadi’s affection. She thinks Naira has snatched all her relations which she earned by fate. She wanted them to give her importance. The family just worries for Kartik and Naira. Vedika feels that she is unwanted in the function.

She decides to make a leave. She learns that her room is also snatched from her. She loses everything. She is treated like an outsider, which leaves her heartbroken. Manish asks the family to begin the Sangeet ceremony. Kairav is in tension. He doesn’t want to choose either of his mum and dad. Manish and Suwarna ask him to take time and decide. They push Kartik and Naira’s dance performance. Manish decides to perform first. He tells that he couldn’t make good memories in Kartik’s earlier marriage. He wants to fulfill all his wishes this time. Kartik also knows that he has hurt Manish and Suwarna.

He tells them that he is very sorry to hurt them bitterly. He asks them to just forgive him for his immature ways. He wishes that he forgets his old memories. Manish and Suwarna get emotional. They love Kartik a lot. The family performs in the Sangeet happily. Vedika is much worried. Her sorrow soon turns into anger. She is angered up on her mistake to give up Kartik’s love. Kartik and Naira find her missing from the function. They know that Vedika will be more troubled if they call her in the function. They don’t want to bother her. Vedika feels Pallavi was right, she did wrong to leave Kartik. She thinks if she can still get back Kartik.