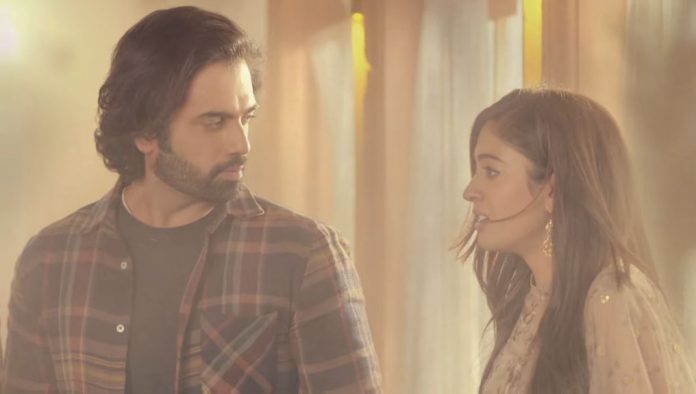 Starplus Latest Yeh Jadu Nimki Vidhayak Upcoming Today Dadi thinks of stopping Mintu from entering the house. She doesn’t know how to block Ganga. Anaro tells that she had hurt Nimki as she wasn’t applying sindoor. She tells Ganga that Mintu is her Babbu. Ganga makes a leave. Dadi hides from Ganga. Nimki slaps Mahua and asks her not to wear short clothes. She explains that she can win by her speech and personality. She boosts Mahua’s self-confidence. Mahua understands her. She apologizes to Nimki and Tunne. Tillu asks Mintu if he really married Nimki. Mintu asks him if he has gone mad.

Mintu doesn’t want Ganga to come home. Dadi is much angry on Ganga. She is afraid that Ganga will snatch Mintu. She hugs Mintu and cries. She tells Anaro that Ganga will never come home. Anaro wants to call Ganga again. Dadi asks Mintu to promise, he will never keep terms with any politician. Anaro doesn’t understand. Ganga wants to find out about Anaro and Mintu. Mishra tells Ganga that they have to find Nimki’s weakness to get her under control. There will be much drama. Mahua leaves for the beauty contest. Nimki asks Mahua to remember that she will always be a queen for Tunne. Mishra gets revengeful against Nimki. He knows that Nimki loves her family a lot. Ganga decides to get Mahua kidnapped.

Aman is very much eager to know if Roshni is missing him. He calls Salma to enquire about Roshni. Salma gets fed up of his repeated calls. She tells him that Roshni didn’t mention anything about him. She tells that she can’t ask Roshni if she remembers any Aman Junaid Khan. Aman asks her not to hurry. He tells her that he will make such a plan that it will surely trigger her memory. Roshni tells Salma about magical Aman. She feels she also has some magical powers since she defended Aman. Salma asks her to recollect things about the past. Aman returns the mirror to Tabeezi. She tells him that they don’t know much about using the mirror in their favor.

Kabir learns that Tabeezi is helping Aman and may soon expose Jinn’s truth. He faints down Tabeezi and tears the book. He cages Tabeezi in the mirror. Aman tells him that they shall go and bring Roshni home to remind her the past. He tells his plan that he will destroy Salma’s house, leaving them with the only option to stay in his house. Aman and Kabir reach Roshni’s house. Aman ruins the house and wants to offer help. Salma gets angry on his stupid plan. Roshni wonders how did the earthquake just ruin her house. Aman cracks jokes to further anger her. Roshni doesn’t like him.

She thinks of Kabir who just saved her life again. She is thankful to him. She accepts Kabir’s request. She finds Kabir a trustworthy guy. Aman asks Kabir not to impress Roshni. Kabir makes Aman busy in winning his love. He wants to focus in winning the Jinn’s title. Aman wants the family to help him in his plans. Aman takes Kabir to the family. He tells Kabir that the entire family will shower love on him. They accept Kabir.

They plan a party to celebrate Kabir and Farah’s homecoming. Kabir gets emotional with the family’s love. He fears that Baazigar knows his truth. Kabir doesn’t intend to fall for Roshni, but he turns to be her savior every time. A love triangle will begin between Kabir, Roshni and Aman. Aman invites Roshni to a house party. She compliments his cooking skills. Aman and Roshni get into a moment. He impresses her.