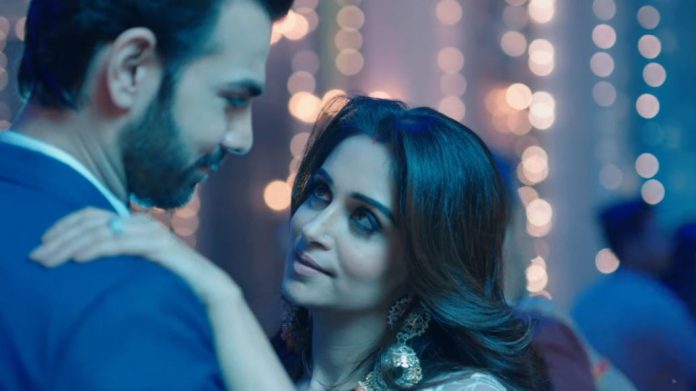 Kahaan Hum Stunning revelation unexpected again Rohit and Sonakshi enjoy the party and watch the couples dancing on retro songs. Rohit asks Sonakshi for a dance. They also dance happily and compliment each other. They silence finally ends. They get back into their romantic mood. Tanya gets Pari in the party. Pari looks worried to Rohan. Rohan tries to find out the matter, but Tanya doesn’t answer. She keeps it a secret. She tells him that their love may fade soon and its better that they enjoy the moment. Her answer worries him further. Nishi has planned to expose Rani some how and sends the spiked drink to Rani. Suman takes the drink and consumes it partly.

She scolds the waiter for serving alcohol by calling it a soft drink. Rani is thankful that Suman unknowingly saved her. Nishi’s plan fails. Rani gets Shinde’s call and goes to meet him. Sonakshi follows her and finds her with Shinde. He tells Rani that he lied to Sonakshi on her saying. She tells him that she will soon get rich by duping the Sippys. He gives her the alcohol bottle. She hides it and consumes it. She has Shinde to assist in her plans. She doesn’t have any affection for Pooja.

She wants to fool Sonakshi further. Sonakshi questions her about Shinde. Rani cleverly lies to her. Sonakshi is convinced. Rani tells her that she will not break her trust. Suman and Naren’s friend Pradeep get into a heated argument. Pradeep stains Sonakshi’s character by commenting that she had compromised to get herself a big role in a big show. He tells that Sonakshi has no support and she would have taken the shortcut to fame. Suman reacts angrily, since she has raised Sonakshi with good values and seen her career graph obtained by hard work. She asks him to mind his words. Naren wants to avoid the drama.

Veena, Rani and Rohit also intervene in the matter. Rohit encourages Sonakshi to give Pradeep a good reply. Sonakshi compares Pradeep’s profession and judges him. She tells that she isn’t such an actress who takes the shortcuts and keeps wrong contacts. She explains him in his language. She defends herself strongly. She condemns his thinking. Pradeep doesn’t agree with her. He asks her about the romance scenes she has done with Sumit. Rani tells that she has done the scenes, being Sonakshi’s duplicate. Naren defends his friend, than his Bahu.

Rohit scolds the guests who are ruining the party. Sonakshi is glad that Rohit is supportive. Rohit apologizes to Suman and Sonakshi. Sonakshi explains Naren that his friend was wrong. Naren doesn’t listen. Rohit asks Sonakshi not to bother. He wants Nishi and Yash to be happy. Nishi is worried that Rani didn’t get trapped in her plan. Veena finds Naren unwell. She doesn’t want Naren to take the matter so serious. She asks him to take rest. Naren is worried for his friend. Nishi tells Yash that they have to find a solution. Pooja tells them that Rani is innocent and didn’t drink any alcohol.

Nishi reveals that Rani isn’t Pooja’s real mother. Nishi goes to meet Rani and reprimands her for outsmarting her. Rani tells Nishi that she is just playing the drama on Nishi’s saying. Rohit, Nishi and Yash will be seen weaving a new mystery about Pooja’s real parents.