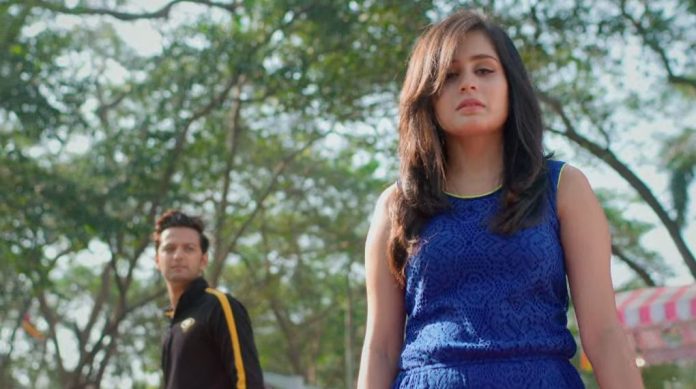 Rishtey Pyar Starplus Manmohini Spoilers Today Abir decides to leave his house once again. He is much upset on Meenakshi. He threatens her that he will not leave his love, he will marry Mishti. Mishti gets a huge shock when the family fixes her marriage with Nannu. Mishti wants to refuse for it. Vishwamber doesn’t listen to her. He tells her that his decision is final. Mishti can’t believe it. Nannu gives his word that he will marry Mishti. Jasmeet isn’t happy with the alliance. She wants to know why is Nannu calling Mishti his girlfriend in front of everyone. Nannu asks her to chill and not worry.

He tells that Mishti is very important part of his life, he can’t lose her. He confesses that he loves Mishti. Vishwamber hears his confession and declares Mishti and Nannu’s marriage. Mishti was sure that Abir will accept her love. She wanted Abir to come and meet her family. Abir tells Meenakshi that she can’t blackmail him now, since both Kunal and Mishti know the truth. Kunal and Abir spend quality time. Abir boosts his confidence. Kunal wants Abir to follow his heart.

Shiv and Ananya get into a moment. Shiv and Ananya have done a fake marriage. Its good for them, since their moments are fulfilled. Shiv doesn’t want to marry her because of Kundli dosh. They make a decision to stay separate. Shiv surprises her with morning tea. Ananya asks him to apply sindoor in her hairline, else the unmarried girls will be after him. He doesn’t want much false pretence. Ananya finally learns the truth that Shiv is actually a demi-devil. She loves him and doesn’t care for his truth she still confesses her love. She witnesses his devil side. He tries to hide his truth from Ananya. Ananya pacifies him.