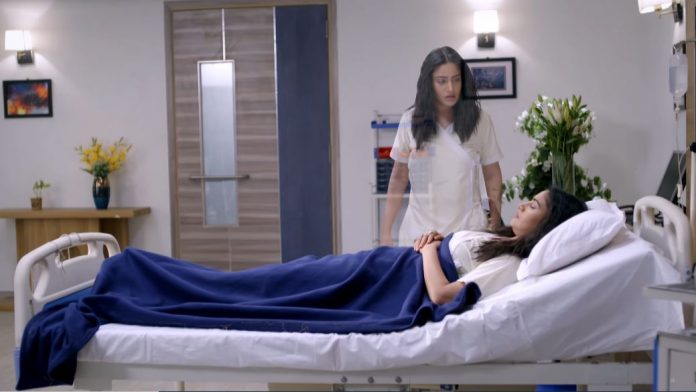 Sanjivani Shocking realize Ishani soul departs the body Sid and Asha pray that Ishani gets fine, while Juhi performs Ishani’s surgery. She tries to save Ishani. She struggles after seeing Ishani’s flatline. She tells Rahil that some patients quit fighting, but some stubborn people like Ishani never give up. She motivates Ishani to fight back and come back to them. She asks Ishani not to lose courage. She is afraid that they may lose Ishani. Vardaan wants to save Ishani just to distract Sid for his motives against Shashank. He thinks Ishani is important to him in his revenge plan. He wants her to survive at any cost.

Ishani doesn’t respond to the treatment. Sid fears that Ishani is sinking. He talks to her and threatens to end his life if she doesn’t come back to him. He tells her that he will also die with you, since he can’t live without her. He wants to be with Ishani. He asks Ishani to hear his call and come back to him. She gets a pulse on Sid’s speech instigation. Sid gets glad that she is responding again. Juhi tells Sid that Ishani is a fighter and now she is out of danger. Rahil tells Sid that Ishani will be fine and he can meet her later. Sid waits for Ishani to gain consciousness. Ishani is shifted to her ward. She doesn’t get conscious.

Moreover, Juhi is worried that she may slip in coma. She hides the fact from Sid. Sid understands the state well. Sid wants Ishani to fight for his sake. He gets fresh flowers for her. Ishani wakes up and talks to Sid. She finds Sid and friends ignoring her. She gets much upset that they aren’t talking to her. She gets devastated to see her body lying on the bed. She is in deep shock knowing she is in coma. She finds Sid talking to her. She gets emotional and listens to Sid. Sid recalls the time spent with Ishani. He wants her to come back soon.

Vardaan calls a chemist to the hospital. He tells that he has promised his sister and have to fulfill revenge. Ishani wanders and waits for her body to come out of the coma. Asha tries to apologize to Sid and tell Vardaan’s truth.