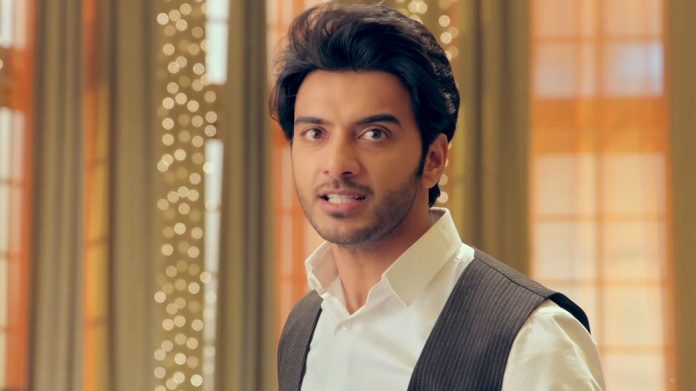 Jadu Jinn Ka Aman Kabir battle True love conquers Kabir commands the family to tie up Aman while he marries Roshni. The family pretends to obey Kabir. They fake bound Aman. They try to find some solution to save Aman and Roshni. Kabir and Roshni get decked up for their big day. Kabir is excited for his marriage and also the special night when he will be becoming the King Of Jinn clan. He tells Parveen that he wants to become the King and rule over the Jinn world to gain special powers. Parveen has other plans. She hides the actual fact from Kabir. Aman asks Dadi to connect to Tabeezi and report the issue. He wants to find a solution as soon as possible since time is running by.

Tabeezi tries to find a solution by following Ilm-e-jinn. Dadi tells Aman that he won’t lose true love. She asks him not to worry. Tabeezi guides Dadi to snatch Kabir’s powers. She asks Dadi to make specially spiked sweets for Kabir. Parveen learns Dadi’s plans. Aman gets emotional seeing Roshni. Dadi tries to make Kabir eat the sweets. Parveen stops Kabir from consuming it. Kabir understands her and makes an excuse to deal with Dadi. Tabeezi tries to reach Aman, but Kabir stops her from entering the house. Dadi throws the magical door out to Tabeezi. Aman fails to get Tabeezi inside. He just gets the weapon.

He tells Kabir that now he shall see the brother’s revenge. He reprimands Kabir for the cheat. He throws it aiming at Roshni, but Baazigar gets hurt. The weapon makes Baazigar out of Kabir’s spell. Aman fights with Kabir and Roshni. Aman doesn’t want to stab Roshni, who gave his life for her. He feels she should be happy in her life. He thinks of her and gets attacked by her. He feels bad thinking of the tortures made on Roshni in the past. He lets Roshni go ahead for the marriage with Kabir. Will Roshni make Aman’s true love win? Keep reading.