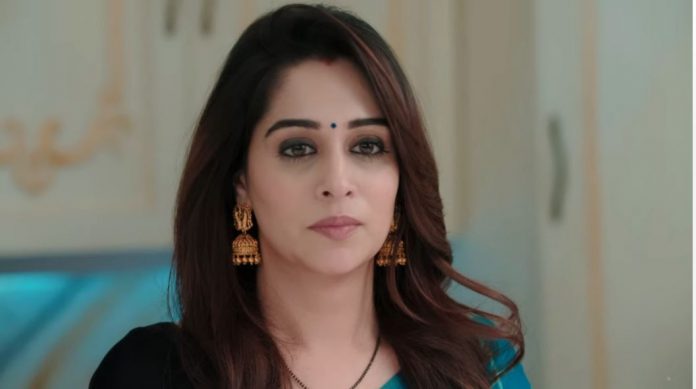 Kahaan Hum Starplus Sippys ready for Sonakshi’s shocker There will be a biggest twist coming up. Sippy family isn’t happy with Sonakshi’s profession. Naren is the one who objects the most that Sonakshi is a tv actress. He rebukes her profession. He feels that Sonakshi is Sippy bahu now and should work something respectful. He is much angered that he has lost his respect in his friends’ circle. Sonakshi decides to solve Veena’s troubles. Naren loses his good friends. Rohit doesn’t know the burden of expectations on Sonakshi. She loses her patience after watching the increasing problems in her life.

She decides to quit her acting career to set things right in her family. She wants to focus on her life and new relations in in-laws. Rohit will soon learn about her shocking decision because of Naren’s pressure. He will not let her part ways with her dreams. Sippys will be getting a shock too by Sonakshi’s ultimate sacrifice for them. Will Naren change his decision after knowing that Sonakshi values family over everything? Will her sacrifice change his thinking as well? Keep reading.

Nimki Vidhayak: Rekha asks Dadi to see Nimki and Mintu’s romance. Nimki instructs Mintu to make the soup. Dadi asks Nimki not to command Mintu and do her work herself. Nimki tells that she will not cut the onions, since she is a minister now. Dadi tells that she is herself a queen. She insists Nimki to cook. Anaro watches the drama. She thinks Nimki is always caring towards Babbu. She is happy to see them together. This surprises Rekha. Abhimanyu tells Tunne that its very puzzling to know about the winning party this time.

Sweety hates politics. She tells that everyone is same in politics. Abhimanyu says Nimki is an exception. She asks about Mahua. Chachi tells that they didn’t talk to Mahua since long. Abhimanyu feels something is wrong that they aren’t able to talk to Mahua. Mahua and the girls are kept captive by Sanjeev and Sangeeta. Mahua gets suspicious. The cook wants to convey the danger threat to the girls. Nimki meets Nahar. She asks him why did he come to assembly. Shukla doesn’t give a look to Nahar.

Nahar wants to know about Mintu. Nimki gets the respect by the colleagues. She introduces Nahar to the people there. She asks Nahar not to make old relations with her. Nahar calls Ganga and tells her that he has seen the assembly hall. He tells that Shukla and Nimki aren’t together. Ganga wants the right news. She praises Nahar to motivate him. She tells Shankar that Nahar shouldn’t call her directly. Dadi asks Rekha to cook the utensils. Rekha tells that Nimki will take Mintu from her. Dadi doesn’t think its something wrong. Rekha asks her if she is ready to accept Nimki for her grandson.

She asks Dadi to get Nimki and Mintu married soon to get their child. Mintu overhears their conversation. Nimki tells Nahar that she won’t reveal about her vote. She asks him not to ask anything. He tells her that she should support Ganga. Nimki tells that she will give vote to Ganga and tackle Shukla. Nahar gets glad and thinks to inform the good news to Ganga.