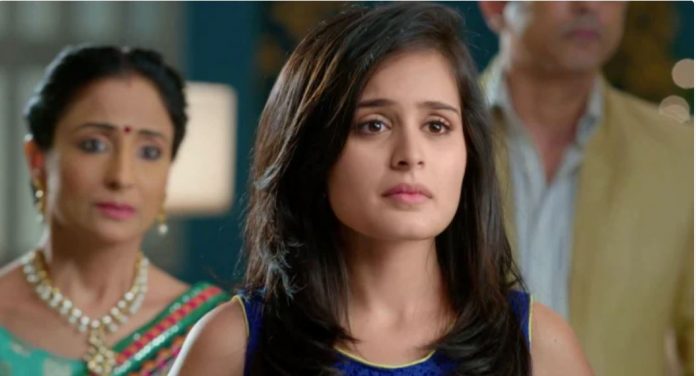 Rishtey Pyaar Mishti Huge Shocking declaration Meenakshi meets Mishti and her family. She reprimands Mishti for her bold wrong move to tell the truth to Kunal. She asks Vishwamber and Rajshri to tell her if they have really fixed Mishti’s alliance. She shows Mishti’s note to them. She tells them that Mishti is really shameless, she is trying to woo Abir. She wants to slap Mishti and show her place. She insults Mishti so much that Vishwamber and Rajshri feel hurt. Mishti declares that she will marry Nannu. On the other hand, Kunal is dealing with inner conflict since Parul was always a servant for him. He doesn’t think he can accept her as his mum. Nannu gets coffee for Mishti. He tells Mishti that she has to accept the reality.

He asks her not to justify Abir always. He says Abir can’t be angry because of anyone, be it Kunal or Meenakshi’s sake. Mishti doesn’t know Nannu’s feelings. She thinks he is just her friend. She cries in her room. She misses Abir. Nannu wants to make her realize that she is chasing a wrong person. Mishti tells him that everything is awesome. She tells that she has no personal relations with Abir, she won’t be affected when they meet in the meeting. She gives her nod for the marriage with Nannu.

Nannu wants to know her feelings, if she is really willing to move on with him. He questions her feelings for Abir. She tells him that she will not tolerate anything now, she will stop trying to get Abir. She wants to keep her self respect. She accepts Vishwamber’s request. Jugnu falls on Kunal. He was running with the letter. Abir laughs on the guys for their mighty fall. Mishti wanted Abir to get the letter, but Meenakshi gets it. Mishti is much worried seeing the worse consequences. Mishti thinks Abir will never get on her side. She knows Kunal is Abir’s priority.