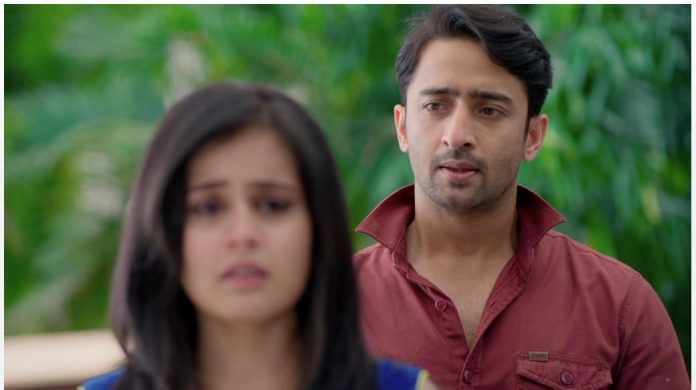 Rishte Pyar Shocking Parting twist Mishti marriage Mishti fumes on Meenakshi on overhearing her conversation with Parul. She reprimands Meenakshi for being so evil. She tells that Kunal will never follow Meenakshi’s sick values. She asks Meenakshi why is she still planning against her. Parul takes a step to defend Meenakshi. Mishti apologizes to her. She tells that Meenakshi is saying the half truth and manipulating the family. Meenakshi asks Mishti to get away from her sight and never come back. Mishti gets upset. She knows that a person like Meenakshi can never change. She sends a voice message to Abir.

She asks him to meet him for few minutes if he ever loved her. Abir gets emotional on hearing her message. Rajshri wants to know Nannu’s answer for the proposal. Nannu asks her whom would she choose for Mishti, if she wasn’t his Dadi. He asks her not to think of any biased relations and decide the perfect groom for Mishti. She wants to choose Abir. He knows it well. She tells that he would have given fair chance to both of them and find out who is perfect for her. He finds it fair reply.

She tells that she will give Mishti’s hand to the one who promises to support her always. Mishti and Abir prepare for their meet with big hopes that everything will get fine between them. Abir gets hopes that she still loves him. Mishti apologizes to him. She wants to tell him about Kunal’s mistake that would have cost Nannu’s life. Abir doesn’t listen to her at all. He just wants Mishti to confess love so that they can unite. He gets upset seeing Nannu with her. He tells her that he is his past and Nannu is her present. He goes away, which breaks Mishti’s heart.

Nannu meets Mishti and tells that Abir has left her again, which means Abir doesn’t value her love. He asks Mishti to stop chasing Abir and keep her self-esteem. He tells that Abir has moved on and won’t come back to her. Kuhu and Varsha discuss about Mishti and Nannu’s marriage. Meenakshi hears this and thinks its good that Vishwamber has taken the right step by fixing Mishti and Nannu’s marriage. She feels Mishti will be away from Abir now. Mishti is much hurt thinking of Abir. Nannu dislikes seeing her hurt.

He tells her that he can’t see her crying. He wants to confess his love, but she doesn’t listen. He tells that he doesn’t want to refuse for the alliance, since he wants to see her happy. She tells that they will always be best friends. He asks her not to keep hopes of Abir’s return. Abir learns that Mishti is marrying Nannu. He is much hurt. Mishti makes a last move to connect to Abir and make their love win.

Meenakshi creates hurdles for Mishti again. She goes on to insult Mishti, her foster family and her upbringing. Meenakshi doesn’t let Mishti’s letter reach Abir. She keeps Abir in darkness. She takes the letter to Vishwamber to reprimand Mishti. She is sure that Mishti won’t look back after this series of humiliation.