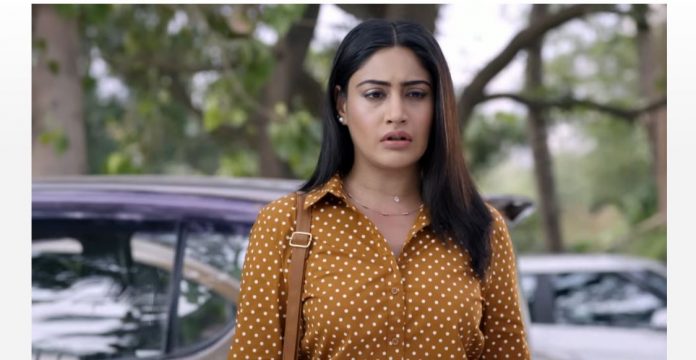 Sanjivani Ishani returns Action drama ahead Sid is accused for all the wrong crimes because of Vardaan’s planning. Vardaan makes the fake witnesses give statements against Sid. Sid gets too worried and defends himself that he doesn’t even know the chemist. He tells that the chemist is clearly lying about him. Sid doesn’t think that he may get arrested for the crime not proved till now. Vardaan fakes concern for Sid and asks the inspector to verify the matter well before taking Sid into remand. Sid learns that Ishani’s condition is stable now. He is relieved. He gets focussing on the issue arising. He tells that someone is really framing him, since even Asha had told him the same.

The house owner lies to Vardaan and the police that Sid has arranged 50 lakhs in few days and returned to him to clear Roshni’s loans. Juhi tells the inspector that she would like to find out the matter well inside the hospital itself, before handing over the matter to the police. She seeks permission to help Sid. She knows that Sid is close to Shashank’s heart. She tells that Sid can’t be so wrong as he is projected by the enemies now. She wants Vardaan to give a chance to Sid to prove his innocence.

Sid tells them that he is really innocent and will ultimately prove it. He takes some time from the police. He goes to Ishani and urges her to wake up from the coma state for his sake. He tells her that he is being framed once again, if she doesn’t get up and fight for him like always, then he will have to fight for both of themselves. Roshni gets Neeti to the hospital. Roshni shows disbelief on Sid for the first time. Sid feels sad that even Roshni is believing the blames on him. He tells that he didn’t do any fraud.

He doesn’t want to lose his mum’s faith. Neeti also confirms that Sid has done fraud with her. Neeti also false testifies. Neeti wants to help Sid, but she is compelled by Vardaan. Vardaan has blackmailed Neeti. Roshni also behaves weird, as if Vardaan has compelled her too. Sid questions Roshni about his dad for the first time. He wants to know about his dad since his dad maybe involved in this scam matter. He wants to find out the connection between his dad and the enemy’s intentions. He asks Juhi to believe him, he didn’t do wrong.

Juhi tells that patients come first for her. Vardaan gets angry that Asha is spoiling his game. Juhi asks Sid not to come into Asha’s words, who would have lied to him. She suspends Sid until the matter gets solved. Sid gets frustrated. He asks Ishani to wake up and come back to him if she trusts him. He wants someone to show faith in him. Sid feels she doesn’t trust him when she doesn’t break her coma state. She feels weak within. She tells Sid that she is helpless and can’t react. Sid’s sorrow shakens her up.

She wakes up from coma and gets critical again, while Sid gets arrested for the scam. Ishani wants to save him. Sid wants to save her and be by her side. Sid is ready to accept any blames so that he can just rush to Ishani. He seeks help from the police to allow him to meet Ishani once. Sid and Ishani will be finding the truth of Vardaan. Vardaan will be himself revealing the truth of Shashank and Sid’s real blood ties. He will be trying to make both the father-son duo against. Will Vardaan win in his evil intentions? Keep reading.