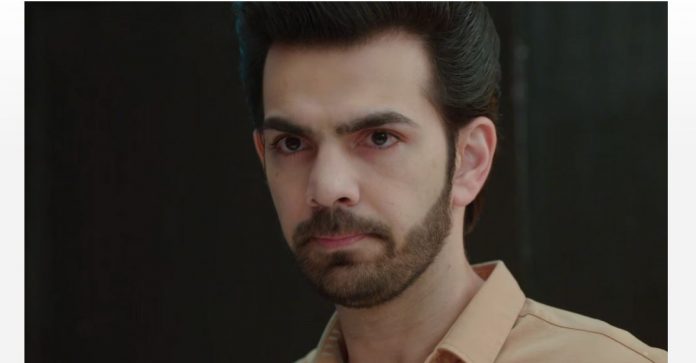 Kahaan Hum Starplus Ultimate Ronakshi decision today Pooja ousts Rani from the house and cries a lot, since she feels bad to be Rani’s daughter. She gets support from entire family. Nishi and Yash comfort her. Naren gets angry and yells at Sonakshi. He warns her to be away from Pooja. He blames her for getting sorrow for Pooja. Rohit gets angry on hearing Naren’s nonsense. He tells her that Sonakshi is doing a lot for the family. Naren asks Rohit what great thing has Sonakshi done. Rohit gets hyper on Naren’s instigation. He tells that Sonakshi has herself ruined her career by quitting her role in the famous show, which means a lot to her.

He asks Naren does he realize that Sonakshi has made this huge sacrifice on his saying. He reprimands Naren for always criticizing Sonakshi, no matter what all she does for the family. He feels Naren is unjust towards Sonakshi for compelling her to quit work. Sonakshi and Veena try to intervene and stop their ugly fight. Naren doesn’t think Sonakshi is someone to give up on her established career so easily. He tells Veena that Sonakshi is clearly doing some drama to win Rohit’s faith. He feels Sonakshi will resume her work by some excuse soon. He tells Veena that he can’t believe Sonakshi.

Veena asks him to give a chance to Sonakshi and not judge her only on the basis of her profession. Veena supports Sonakshi. Rohit tells Sonakshi that he will always support her, even if he doesn’t agree with her decision to sacrifice her career. The family is shocked knowing her big sacrifice. Pari also witnesses this. She goes home and tells the shocking truth to Suman. Suman gets enraged knowing Naren is the reason for Sonakshi’s decision. Naren feels Sonakshi will take Rohit away from the family. Veena doesn’t think Sonakshi will break the family. Nishi meets them with a request to have a get together at home for Pooja’s sake.

She feels Pooja needs a change. Veena agrees with Nishi’s idea. They plan the new year party just for Pooja. Rohit finds Sonakshi stressed. He assures his support. Suman calls her and doesn’t realize that Rohit answered the call. She rebukes Naren while Rohit silently listens. It gets awkward for Sonakshi. Sonakshi asks Suman not to interfere in her life and disconnects the call. Suman finds her rude. Sonakshi apologizes to Rohit. He asks her to take it lightly since he knows how parents are. He tells that Naren hurts her a lot. He also apologizes to her. She asks him about his meeting with Rani. He feels sorry to lie to her.

He tells that he wants Rani away from Pooja. She knows his good intentions. He tells her that he wants many children. Rohit and Sonakshi spend romantic time. Rani reaches his hospital to meet him and collect the cheque. Rohit learns about Rani’s arrival. He tells Sonakshi that he need to go for work. He rushes to meet Rani, who is desperate to know about Sitara. Rohan tries to scare Tanya about his friend’s divorce that happened because of his suspecting wife. Tanya knows why he is scaring her. She wants to teach him a lesson. Sonakshi tells Veena that she needs to work for three months to serve the contract terms.

Veena tells that she is always with her in every decision. They both share mutual admiration. The family sings for Pooja and brings her out of sorrow. They stay happy while they welcome the new year. Sonakshi misses Rohit and imagines her. She leaves for the hospital to meet Rohit. Rohit reaches the hospital and finds Rani waiting. He gives her the cheque and tells that she has made things tough for herself. Rani pleads to him to know about Sitara. Rohit tells her that he isn’t a kidnapper, he has kept Sitara safe. Sonakshi finds this awkward thing. Rani reveals about Rohit kidnapping Sitara.

She tells that it was Nishi’s plan to get her home to break Pooja’s heart. She reveals Rohit and Nishi’s plan completely. Sonakshi accepts that Nishi got a fake mother for Pooja for some purpose. She doesn’t accept that Rohit could kidnap someone. She slaps Rani and condemns her greedy plans. She tells Rohit that she always knew that Rani was acting. She asks Rani to sign the agreement that she will never bother Sippys. She secures Pooja. She leaves Rani with a stern warning. Sonakshi demands an answer from Rohit for his next big lie. Rohit also wants to clear the matter. He feels Nishi and Yash’s stupid plan is ruining his marriage.

He wants to tell Sonakshi about his motives. Sonakshi stops talking to him. She ignores him and stays much annoyed. While the Sippys throw a grand new year party, Rohit stays worried for Sonakshi’s silence. Rohit wants to admit his mistake and apologize to Sonakshi publicly. Rohit will be revealing about Pooja’s biological parents.