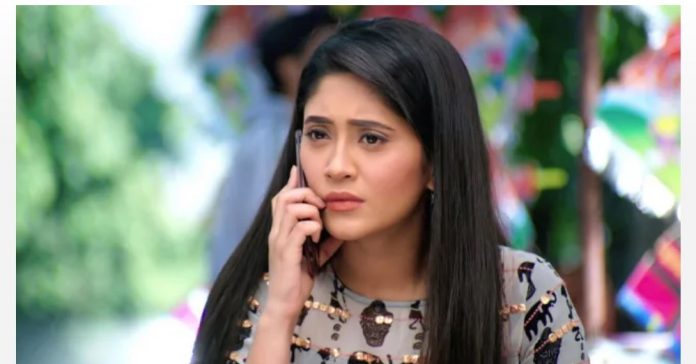 Yeh Rishta Upcoming Unexpected revelation for Naira Naira finds Umesh’s details on the social networks. She gets hints that Umesh has donated his kidney. Vedika is worried that Naira had come home to meet Kartik. She fears if Naira had seen her with Umesh. She gets many thoughts that Naira is hunting for the truth. She wants to find out what is Naira up to. Kairav reminds Kartik about their meeting with the football teacher. Kartik tells him that he forgot about it. Kairav asks him to remind Naira as well. Kartik is happy to call Naira and meet her. He gets controlled by Vedika, who wants to be with him all the time to distance him from Naira. She reminds his promise.

He tells that sadly he remembers it well. Naira tells Dadi that she has got Umesh’s details. She feels they got badly cheated. Before she could reveal more, Dadi tells her about Pallavi’s arrival at home. Naira asks her to spy on Pallavi and Vedika. She gets to overhear their conversation by Dadi’s phone call. Dadi and Naira learn about Pallavi’s meet with Umesh to sort the tension. They find Vedika worried because of Umesh. Pallavi assures Vedika that she will handle Umesh. Naira asks Dadi to play some drama and delay Pallavi’s leaving. Dadi fails to stop Pallavi, who already left. Dadi wants to inform Naira that Pallavi already left.

Naira rushes to the hospital to be there before Pallavi. She wants to look for the proof. She finds Umesh coming to meet Pallavi at the same time. She thinks Umesh is connected to the kidney donation. She finds Pallavi and Umesh’s secret meeting. She hides to know the truth. She doesn’t want Pallavi to get alert and hinder her plan. Pallavi scolds Umesh for his desperate move to meet Vedika at Goenka mansion. Umesh tells her that Vedika had called him there. She tells that he should have not gone there. He tells that he had sold her kidney just because he needs money. He tells that none can donate kidney, not even Vedika.

He admits that he has given his kidney for saving Naira’s life. She tells him that she will pay him the money. She asks him to believe her. He tells her that she is a good liar, which is proved by her big lie to Naira that Vedika donated the kidney. She asks him to forget the truth. Naira finds Pallavi and Vedika selfish to ruin Kartik’s happiness. Naira wants to tell Dadi about Vedika’s evil plan. Dadi is also stressed about Naira. She doesn’t think she should tell anything to Kartik which will alert Vedika. Naira is much disturbed realizing Vedika’s madness. She wants to expose Vedika’s truth.

Kartik and Kairav plan an outing. They just talk about Naira, which irritates Vedika. When Vedika scolds Kairav, Kartik loses his cool and rebukes her for her misbehavior. He tells Vedika that Naira and Kairav are his life and he won’t tolerate anyone hurting them. He clears that he is fulfilling her conditions, but doesn’t wish she can hurt her close ones. Kartik imagines Naira around and smiles. Kartik wants to meet Naira. Naira meets Kartik and Vedika. She gives an angry stare to Vedika which makes the latter feel scared.

Naira wants to free Vedika from the guilt soon. She waits for getting the evidence. Vedika finds Kartik and Naira together like always. She gets upset. She shocks Naira by telling her honeymoon plans. Naira finds Kartik feeling awkward. She wants to help him soon. She rushes to share the truth with Dadi and Naksh. She makes a plan to expose Vedika’s truth out so that they can throw Vedika out of their lives.