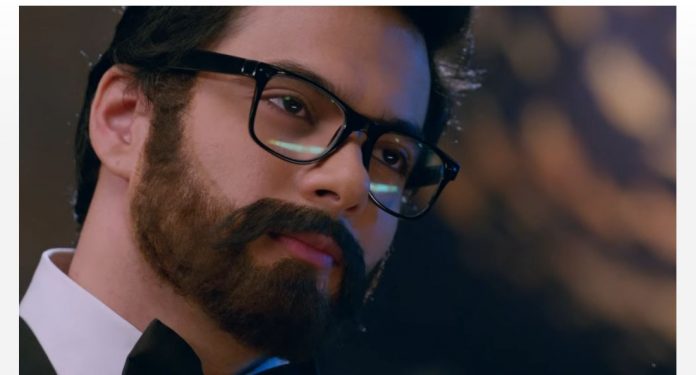 Kasautii Zindagi Smashing twists Interesting upcoming Anurag questions Prerna about their past connected and being unknown to him. He tells her that she would be knowing everything. He wants to know it from her. Nivedita tries to hinder their conversation. She doesn’t think Anurag should know anything that could stress his mind. Nivedita takes him along, while Prerna tells Anupam that she is very happy for Anurag. Anupam gives her hopes that Anurag will soon get his memory back. He wishes Prerna all the best. Prerna is also sure that her prayer will be answered. Prerna meets Moloy and others. She knows Mohini doesn’t like her. Mohini shouts on the servant.

She gets emotional that she couldn’t wake up from induced sleep. She wants to throw away the induced pills. She tells Anurag that she couldn’t be with him at the hospital when he needed her. She tells that she didn’t know he is hospitalized. Anurag asks her not to stress. He tells her that he is absolutely fine. He wants to continue her medicines instead feeling guilty. Moloy doesn’t want Prerna to go home without having breakfast with them. Anurag cares for her, which is evident to everyone. Mohini and Komolika doesn’t like it.

Moloy asks Nivedita about the party. Nivedita tells him that they have to celebrate the past year which was much prosperous for them. She assures that the party arrangements will be met in advance. Moloy invites Prerna’s family. Mohini and Komolika ask Prerna to get Viraj along. Anurag feels odd on hearing Prerna and Viraj’s name together. He tells her that he would like to meet Viraj in the party. Komolika gets too angry and meets Ronit. She wants to end Prerna’s chapter for once and all. She tells Ronit how Prerna is being with Anurag all the time and blocking her time.

She asks Ronit to kill Prerna. Ronit doesn’t think that her plan will help her some way. He explains that killing Prerna isn’t a solution, since Prerna’s plight may trigger Anurag’s memory. He asks her not to take such a big risk. He instead plans to kidnap Prerna and kill her later. He promises to kill Prerna post kidnapping. Komolika agrees. Shivani feels she has done a mistake to trigger Komolika’s anger. She doesn’t want Komolika to take revenge on Prerna. She gets worried. Prerna pacifies her. She is glad that Anurag is recovering his memory, which means a lot to her.

She tells Shivani that she will not leave any chance to help Anurag regain his memory. She wants Anurag to recall the past on his own. She just wants to assist Anurag in the big task. She asks Shivani not to have any regrets. She is ready to face Komolika’s evil plans. She knows that Komolika’s evil will just help her win Anurag. Prerna and family arrive at Basu mansion for the party. Mohini taunts Prerna that she isn’t allowed without Viraj. Mohini and Veena have an argument. Moloy welcomes them with affection. Viraj finds Prerna and Anurag close.

He wants to ask Prerna if she loves Anurag. He decides to break their relation. He doesn’t want to come between them. Prerna gets eager to meet Anurag. Mohini warns her against meeting Anurag. Prerna tells that Anurag is her husband. Mohini gets raging on Prerna’s behavior. She wishes Prerna marries Viraj soon. She wants to get rid of Viraj. Komolika taunts Prerna for the breaking dreams. Prerna doesn’t think Komolika can defeat true love. She asks Komolika not to overthink for her. Prerna faces a wardrobe malfunction. She goes to proper her dress. She meets Anurag and gets his help. He remembers a similar moment when he told her the same thing.

He realizes that the moment is recreated between them. Prerna doesn’t tell him anything. Anurag wants to ask Mohini about Prerna. Mohini ignores him. She asks Komolika to avoid talking about Prerna in front of Anurag. She admits that Anurag and Prerna were in a relation, but didn’t get married. Komolika knows their past well. She laughs on Mohini’s foolish behavior. Viraj meets Prerna and compliments her smile.

He likes her and doesn’t want to refuse for marriage. She talks of Anurag, which he feels odd. Anurag feels jealous seeing them. He doesn’t understand his feelings. Komolika fuels the fire by telling Viraj that Anurag likes Prerna. Ronit proceeds to kidnap Prerna and reaches Basu mansion.