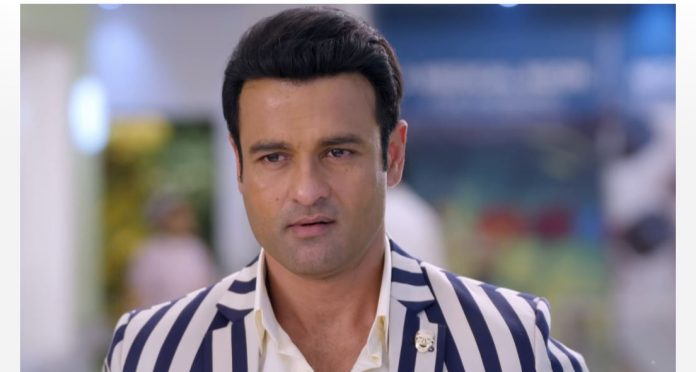 Sanjivani Vardaan kills Sid New entry Fresh track lined Anjali is moved by Vardaan’s truth. She wants to confront Vardaan about it. She can’t believe that she was just a pawn for Vardaan. She didn’t wish anyone to take revenge on Shashank. She misses Shashank. She believes Sid and Ishani. She connects the dots. She is heartbroken. Vardaan wants to clear Anjali, Sid and Ishani from his way to get Sanjivani in his hands. He is sure that the assassin will do his work and kill either of Sid and Ishani. He doesn’t think Anjali would ever know his truth. He wants to become the CEO of the hospital.

He thinks this will be best revenge for Shashank. Juhi ponders about the doctors being too occupied. She has to send a team to treat a heart attack patient at his residence. Sid and Ishani learn the problem and assure Juhi that they will treat the patient. Sid and Ishani take up the task. Juhi thinks she isn’t able to run Sanjivani well without Shashank’s guidance. She hugely misses Shashank. She didn’t expect him to leave them so soon. Sid and Ishani try to find out if there is any trap set by Vardaan for them.

Vardaan hopes that they die soon and he gets the good news. Vardaan awaits the assassin’s call. He knows Sid is a gem at heart and so is Ishani. He laughs that their good values will be a reason for their death. Sid tells Ishani that they can’t step back from the duty. They meet the patient and try to give him a quick relief. Meanwhile, Anjali meets Vardaan to confront him about the truth. He tells him that Sid and Ishani have badly accused him and if the blame is true, then he will be punished. Vardaan can’t believe that she is suspecting him.

He does a drama and hands over his resignation letter. He emotionally blackmails her on the name of love. He tells her that he just had a healthy competition with Shashank, he didn’t had any bad intentions. He tells that he will be leaving from her life. Anjali gets convinced that he is true. She believes him and apologizes. Vardaan gets glad that he tricked her again. She tells him that she will clear Sid’s misunderstanding. He thinks she isn’t so strong minded to understand his plans. Sid and Ishani get attacked by the assassin, who shoots at them. Sid and Ishani save each other.

They face difficulties, but escape into the jungle. The assassin follows them and shoots Sid. Vardaan meets Ishani and shocks her saying Sid is dead. Ishani can’t believe it. She tries to revive Sid. She wants Sid to get up and fight Vardaan. Very soon, Sid and Ishani will be exposing Vardaan’s truth and get him punished. There will be a new track coming up. Ishani’s aunt will be making an entry. The new entry will bring new twists connected to Ishani’s parents and past.