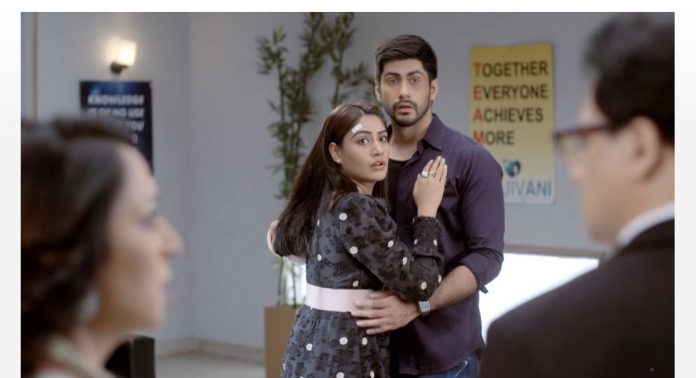 Sanjivani Upsetting entries Sidisha face shockers Ishani and Sid spend some alone time. Sid tells her that he wants to go to the US for a big opportunity. He is glad to get enrolled in a prestigious college for his wishful program. He tells that he always wanted to achieve bigger things and had applied six months back. He wants Ishani to apply for the same course and join him, so that they can make their life’s new start in the US. He regrets that Shashank is no more. He feels he has nothing left in Sanjivani, since Anjali too isn’t showing any affection. Ishani tells her decision that she wants to be in Sanjivani.

She wants to serve the patients right in her country. She asks him not to go. Sid understands her sentiments. He tells her that he will always live with her, wherever she wants. Ishani gets tensed by a phone call. She learns that her maternal uncle and aunt are coming to meet her. She informs the same to Sid and wants him to meet her short family. She tells Sid that her uncle raised her with much love after her parents died. She owes a lot to them. She gets worried since her family is much sophisticated and may not like Sid.

She wants Sid to look perfect, since her uncle doesn’t like settling for anything less. She fails to explain the rejection fears to Sid. He tells her that her family should like him the way he is. He doesn’t like picking up a false identity or personality to please someone. He finds hard to become someone he isn’t. She gets trendy clothes for him. He asks her the reason for her odd behavior. She feels her family is complicated. Sid finds a chance to romance her. They get spotted by her family.

Her uncle reacts angrily on seeing her romancing while on duty with her boyfriend. He didn’t expect this from her. He throws his anger around. Sid assumes him to be a patient. He asks him to stay in his limits. He makes a blunder because of the misunderstanding. Ishani soon introduces her family. Sid quickly apologizes to them. Sid tells them that he was waiting to meet them. Sid’s first impression gets spoiled in their eyes. They tell Ishani that they don’t like Sid. Ishani stays speechless, which worries Sid. Sid shares his feelings with Rahil. He tells him that Ishani was behaving cold as if she is indebted to her uncle and aunt.

Rahil feels her behavior is normal since she was caught romancing her boyfriend. He asks Sid not to think much. Ishani clears Sid’s image. Her uncle doesn’t want Ishani to marry Sid, who is Shashank’s illegitimate child. She asks him to give Sid one chance. He agrees to her. Ishani asks Sid to meet them, since they are like her parents. Sid asks her not to worry and see his charm. He apologizes to them and seeks a chance. Her uncle asks Sid to arrange a meeting with his mother. Sid invites them home. Ishani prepares everything perfectly.

She asks Sid to control his temper. Sid and Roshni welcome Ishani’s family home. Ishani goes to attend a work call, while Ishani’s family insults Roshni a lot for her affair with Dr. Shashank. Sid fails to tolerate the insult. He reacts and makes them out. Sid and Ishani get away because of the upsetting situation. Sid doesn’t think Ishani and he have any future together. Sid wants to break up with her. What will Ishani do now? Keep reading.

Really these episodes are the best. So happy finally sidisha are back. So excited for the upcoming new track. Thanks for the best team for the hard work and Namit you are best, this episodes is amazing.