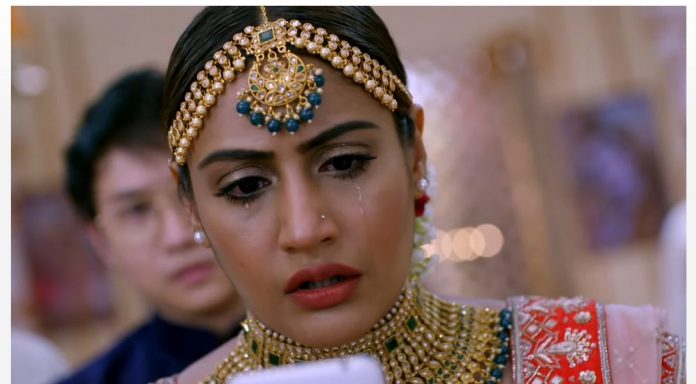 Sanjivani Tragic end Sid Ishani shocking parting Ishani attends a work call. She doesn’t see her family insulting Sid and Roshni. Sid starts yelling at them when the humiliation goes overboard. He can’t tolerate Roshni’s insult. He doesn’t want Roshni to be answerable for her love with Shashank. Ishani’s family drags the matter since they want to reject Sid. They tell Sid that they didn’t mean to insult Roshni. Sid understands their intentions well. He wants them to leave from his house. He asks Ishani to take care and go away, since he isn’t ready for the alliance. Ishani learns about her family insulting his family. Her family apologizes and clears the misunderstanding.

Sid doesn’t get convinced. Ishani asks him to forgive them and not get rude. Sid finds it too much since Roshni can’t be targeted alone when Shashank is no more. He tells Ishani that they both are very much different and may not be compatible after marriage. He calls it over shockingly just because of her family. She tells him that she loves him and will marry only him. She decides to marry on the next day and gives him an ultimatum to test his love. Sid stays in dilemma. He doesn’t understand which path to choose, either of love or self-respect. He wants to save Roshni from the humiliation.

He decides to accept the offer from the prestigious college. He thinks to leave his love, who can’t protect Roshni’s respect. He books his tickets for the US. His family supports him. Ishani misses him. Sid doesn’t know that she is really wanting to marry him. She prepares for the marriage and requests her family to support her by accepting Sid for the sake of her happiness. She rushes to temple and awaits Sid. Sid goes to the airport and makes his mind to go to the US. Her family comes to bless her on the marriage. They also await Sid. Ishani learns that he isn’t coming from his message.

She reaches the airport and struggles to meet Sid. She fails to meet him and learns that his flight took off already. Ishani breaks down and returns to her normal self, once she realizes Sid’s cheat. She feels Sid cheated her in love, since he failed to keep the love vows. She reaches Sanjivani, where a huge shocker awaits her. Sanjivani gets on fire. Everyone cries for Sanjivani’s tragic end. Ishani recalls Sid’s memories and runs into fire. Will Ishani die in the fire? Will Sid return to Sanjivani? Keep reading.