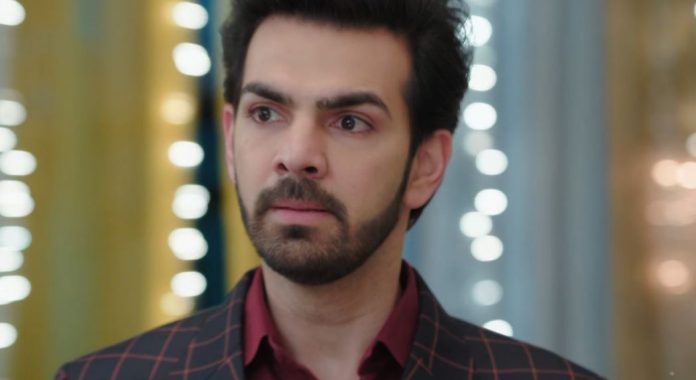 Kahaan Hum Upcoming Starplus Nimki Vidhayak Highlights Suman proves that she is loose-tongued and doesn’t think of any relation when it comes to defend her family. She defends Pari so much that she doesn’t think that she is spoiling Sonakshi’s marriage. Earlier, when Pari was involved in leaking the news of Pooja’s adoption and got Sonakshi framed, Suman supported Sonakshi and was worried for her marriage too. She takes a big turn now when she cares nothing for Rohit and Sonakshi’s marriage. She feels Sonakshi has made a mistake to marry in Sippy family, which is filled with dual faced people.

She criticizes Nisha, Pooja, Naren and even Rohit. Suman blasts on Rohit for concealing his family truth and blaming Pari, instead scolding Rohan for the affair. Veena fails to tolerate the on going drama. Before she breaks down, Suman shocks Veena by revealing that Rohit already knew the ugly truth of Naren and Pooja’s blood ties. Veena gets hugely shocked when Rohit admits the truth. Veena loses faith on Naren and Rohit too. Even Pooja doesn’t want to hear any explanation from Rohit. Sonakshi had warned Rohit about the truth coming out in front of Veena some day.

She wanted Rohit to confide in Veena and become her strength. Rohit thought the secret will always be a secret. Rohit accuses Sonakshi for breaking his family. Sonakshi values her love more than self-respect. She thinks once the misunderstandings get cleared, Rohit will regret on his words spoken in anger. Sonakshi leaves Sippy mansion to meet Suman and find out the source of the news. Suman refuses to tell her and ousts her even when she tells Suman that her marriage is falling apart.

Suman shows insensitivity towards her responsible daughter Sonakshi. She makes a big mistake by ousting Sonakshi. Will Suman change her mind and help Sonakshi? What will Sonakshi do now? Will Ajit admit to Rohit that he broke the truth to Suman? Keep reading.

The daily soap is turning out to be very boring. People will soon stop watching it. So also the math involved in it is incorrect. First and foremost, Rohit cannot be an intern at 18. To be an intern one has to finish studies for at least 4.5 yrs after 12th standard. That itself would make anyone aged 23. And if Pooja was born that time, if now she is 21, then Rohit should be at least 43 yrs old. Veena in the New Year episode says that she and Naren have been married for the last 35 yrs. So everything has gone haphazard. The writer has to check everything all over again. Please do not take your viewers for granted.

Nimki Vidhayak:
Nimki tells that she has to find out who is behind the evil deeds. Ganga meets her. She asks her what does she find out. She learns the matter. She asks Nimki to keep her updated. Nimki tells that she will soon catch the culprit. Ganga gets Shukla’s call and goes. Mintu calls Nimki to ask her about Mahua. He informs her about Dadi’s call. He tells that Dadi is returning home and is ready to live with Anaro. Nimki is happy to hear this. She asks him not to worry, she will bring Anaro home in some days, then he can stay happily with his Dadi like before.

He wants to confess love to her. He fails to say anything. He tells Rekha that Nimki will take Anaro to her home soon. Rekha looks forward to stay in Nimki’s house. The ministers have a meeting. Nimki laughs on their funny argument. She suspects Ganga who goes away for a call again. Mishra coughs and this makes Nimki realize that Mishra is Bhaiya ji, to whom she spoke on the phone call. Mintu finds Anaro angry. He hugs her. She throws things knowing she is going away from his house. Ganga tells Shukla that they are from different parties, but they are partners in the business of crime.

Shukla asks Ganga not to think he will get punished alone. Nimki doubts Mishra and Ganga. Ganga tells Nimki that he can never believe that Mishra can leave her party. She tells that Mishra does whatever she commands. Abhimanyu and Sweety are happy to see Tunne and Mahua back to normal selves. Tunne cheers up Mahua. Nimki returns home with an upset face. She tells them that she got to know the truth. Ganga is behind the girls trafficking racket. She dreams to become the CM to stop such evil people from getting powers.