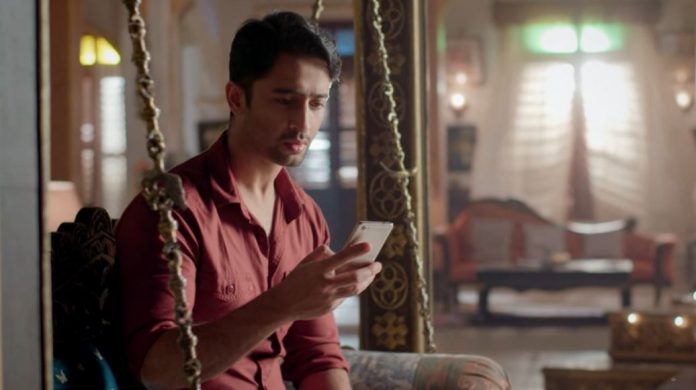 Rishtey Pyaar Coming Stormy twists Abir humiliated Mishti and Nannu’s mehendi ceremony goes on. Abir saves Mishti from getting hurt. A fire breaks out. He was compelled to enter Maheshwari house and save her. Mishti’s mehendi gets spoiled. Vishwamber misunderstands Abir and slaps him. Mishti feels bad seeing Abir bearing a lot. Nannu loses his cool and bashes up Abir. Kunal intervenes to stop Nannu. Kuhu asks Abir to leave. Even she can’t see her Abir bro to get beaten up. Mishti asks Nannu not to hurt Abir, he won’t come back now. Nannu pushes her away in anger.

Abir can’t see Mishti hurt and slaps Nannu back. Kuhu asks Abir how can he beat Nannu when Mishti got pushed by mistake. She reminds that even Abir made such mistake before. Abir tells that this mistake can’t be forgiven. Mishti ends Abir’s hope by declaring that she wants to marry Nannu. She doesn’t want to see Abir’s humiliation. Abir doesn’t want to lose. Vishwamber tells Abir that he is Mishti’s father and would support her. Nannu asks Abir to get out if his drama is over. Mishti and Abir are heartbroken. Abir requests Rajshri to help him if she really regarded him a son.

Rajshri refuses to help him and sheds tears. Abir shouts that he can prove that he loves Mishti the most. Abir is thrown out of Maheshwari house. Mishti loves Abir a lot. Its tough for her to marry Nannu. Abir is trying to talk to her and convince her. Nanu, Ketki and Kunal help Abir in his aim. Nanu blesses Mishti and wants her to be happy. Mishti is much sad within. She wanted Abir’s name in her mehendi. She unknowingly gets Abir’s initials written in the mehendi design.

She is taking this big step of marrying Nannu for the sake of her family. She just wants to think for her family. Nannu realizes that Abir wants to come back in Mishti’s life. He is protective about Mishti. Kunal does aid to Abir’s wounds. He feels guilty. He tells that he is responsible for Abir’s sorrow. Kuhu can’t see Kunal blaming himself and gives him a consoling hug. She sympathizes with Abir.

Best Comment by Gauri Z Joshi:
Not so good turn in the name of family. For the TRP the writers are making villains of all the respectful relations, mother Meenakshi, father Mehul, brother Kunal, sister Kuhu, husband Mehul and Kunal, fiance Abir. A lady who is deceived into marriage Parul is shown weak and helpless playing into the hands of the scheming and selfish Meenakshi. Good people create and support bad people. Think better. Someone who is selfless has to suffer? One is Mishti. The entire Raajvansh family is a bunch of creeps. One person shown with some sense has lost is sense. The writers can show something better. If this is a spin off from Yeh Rishta Kya Kehlata Hain, it is not anywhere close to that show.