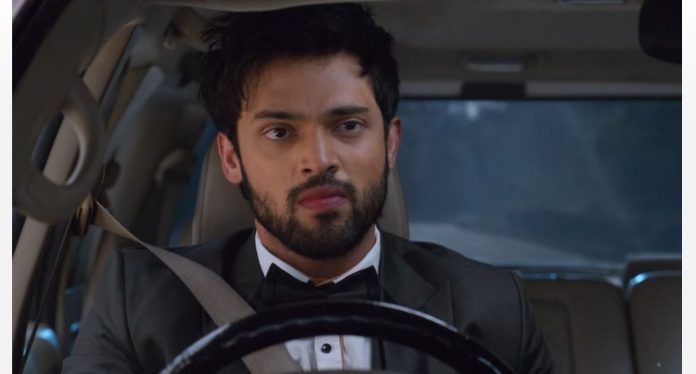 Kasautii Anurag Ronit tussle Komolika cleverly conquers Anurag gets mistaken that Prerna had expressed her feelings for Viraj, not him. He wishes that his thinking was true and the confession was for him. He feels he also likes Prerna. He wanted her to say those sweet things for him. He isn’t aware of their connected past. He thinks her lovely words were a reply to Viraj’s proposal. He doesn’t think he should come between them, since he is the one who fixed their alliance. He recalls assuring Viraj that Prerna would accept the latter’s proposal. He hides his regrets and confused feelings in heart.

Moreover, Viraj comes there looking for Prerna. He finds Prerna sleeping on the swing. Even then, he goes on talking to her in an attempt to get a reply from her about his proposal. Viraj is much excited. Anurag tells him that Prerna consumed a drink and got intoxicated. Viraj learns that Anurag was with Prerna. He tells Anurag that he will take Prerna with him. He wonders who had fed her alcohol, knowing she is pregnant. He wants to tell Veena about Prerna’s state.

On the other hand, Ronit happily tells Komolika that he kidnapped Prerna. Komolika slaps him when she finds Shivani in the car. She asks him where is Prerna. Ronit realizes that his goons have made a big mistake. She fumes on them for the blunder. She commands Ronit to get away before she loses her cool. She asks the goons to kidnap Prerna, but first leave Shivani free. The goons take Shivani to the same room where Prerna is sleeping. The goons feel lucky to get their target so easily. Komolika asks them not to hurt Prerna, since she will hurt Prerna. She asks them to just get away soon.

Viraj informs Veena about Prerna’s state. Moloy asks them not to leave the party before cake cutting. Komolika spares Shivani and tells that she would have killed her by enjoyment if Shivani was conscious and had fear on her face. Anurag cuts the cake. He looks for Prerna. He celebrates the new years and his company’s prosperity with the family. The goons inform Komolika that they have put Prerna in the car. Komolika asks them to got away soon. Prerna tries to run away when she realizes that she is in danger.

Ronit uses the drugs to faint her once again. He asks his goons to take away Prerna. Shivani turns conscious and witnesses the kidnapping. She runs to inform Anurag about Prerna’s kidnapping. Anurag panics. He gets angry knowing about Prerna’s kidnapping. Shivani asks him to save Prerna. Mohini gets raging that he left the important party just for saving Prerna. She knows his feelings for Prerna. She is sure that he will not come back until he fins Prerna. Nivedita pacifies her so that a scene isn’t created in front of the guests. Komolika worriedly speaks to Ronit and reveals the entire incident.

She tells that Anurag is following the van to get Prerna. Ronit tells her that he is always with her, even when she asked him to leave, he got Prerna. He tells that Anurag is still following her. She asks him not to come in front of Anurag, else the latter will regain memory and know her truth. She asks him to kill Prerna. Ronit tells that he doesn’t want to fall in police clutches. Komolika gets worried on seeing Viraj. Anurag reports the incident to the police. Anurag fails to rescue Prerna from Ronit. Moloy insults Mohini when she doesn’t care for Prerna. Prerna learns that her enemy is soon to arrive.