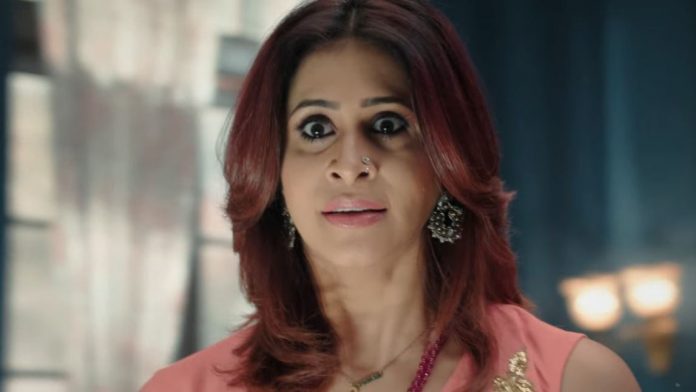 Kahaan Hum Starplus Nishi kills Naren Darkest revelation Suman’s one big revelation shatters the entire Sippy family. Rohit and Sonakshi’s relation suffers. Even Naren and Veena don’t get on good terms. Veena suppresses her anger and isolates herself. Rohit is too disturbed seeing Veena. He feels his family is completely broken. Nishi’s evil truth surfaces. Sonakshi reaches Rohit with difficulty and tries to give him strength in the weak moment. She wants him to give some time to Veena, who will accept the truth soon. He can’t believe that Veena called herself dead for him when he has done everything for her happiness. He questions her about the source who leaked the truth to Suman.

Ajit pleads to her not to tell anything to Rohit. Sonakshi takes the blame on herself to save Rohit. She tells Rohit that it was a slip of tongue, she made a mistake to share the secret with Suman, but didn’t imagine Suman will create such a scene. He is stunned and shouts out his hatred for Sonakshi. Ajit feels bad watching them quarrel. Rohit doesn’t want to listen to Sonakshi. He tags her for being insensitive and untrustworthy. Sonakshi tries to explain him that things will get fine. He can’t forgive the blunder. He tells her that he really made a mistake to share his family’s biggest secret with him.

On the other hand, Rohan vents anger on Tanya when Pari doesn’t answer his calls. Tanya asks if he lost his mind completely. She wants him to at least focus on Veena. Rohan doesn’t listen to her. He just wants his love Pari. Tanya pleads him for the child’s sake. Rohan doesn’t care for their baby too. She tells him that he is just a cheater like Naren. He blames her for always suspecting him. Rohan tells her that he won’t lie like Naren since he doesn’t want to stay in the marriage. Tanya gets broken down when he decides to divorce her.

Meanwhile, Rohit gets overdrunk. Sonakshi worries for him. He makes a confession that he was smitten by her beauty since ever and loved her a lot. He tells that he always wanted to love and respect his wife. He counts that he always supported her, but she didn’t keep his faith. He asks if he made a big demand from her. He tells that she failed to keep Veena happy, that was his only wish. He regrets that Suman insulted Veena and made her face Naren’s ugly truth. He tells that Veena has shattered because of Sonakshi. He slaps himself in a fit of rage. He ends up hurting himself by the broken glass.

Sonakshi panics seeing him. Ajit reaches to help. He repents on his mistakes. He frees Sonakshi from her responsibility to save him. He asks her to tell Rohit about his mistakes. He doesn’t want Rohit and Sonakshi’s relation to break. Sonakshi tells him that she is supporting her in-laws, just like Rohit wanted. She doesn’t think Rohit and her relation is weak. She relieves Ajit of his tensions. She is sure to manage Rohit’s annoyance. Sonakshi tries to speak to Rohit in the morning. Rohit doesn’t listen and rushes to meet Veena. Naren also tries to talk to Veena.

Naren and Rohit get into an argument, which makes Veena react. Naren doesn’t want Rohit to interfere in his marriage. Rohit feels Naren is the root cause of all major problems and deserves to be abandoned by Veena. Veena faces them and tells them that they both are at fault, they were her pride once and now they have become a shame for her. She can’t forget Naren’s deceive and Rohit’s stupid secrecy. She tells them that they both lied to her. She thanks Sonakshi for making her face the reality. She tells that Suman did a good thing to make her face the truth. She loses faith in relations. She is much sorrowful.

Pooja seeks Sonakshi’s help, which angers Nishi. Nishi tells Yash that Pooja is depending on Sonakshi, who broke their entire family. She doesn’t want to forgive Sonakshi. She tells him that Sonakshi is responsible for breaking the truth to Veena. Yash pacifies her. He assures to speak to Pooja. Pooja wants to just be with Sonakshi. Nishi shows her shocking evil side. She expresses her hatred for Pooja. She throws Pooja’s picture and calls her an illegitimate. She admits that she doesn’t love Pooja, she hates Pooja, but raised her just for the sake of richness.

She had always charged Naren for raising Pooja. She used Pooja to fulfill her luxurious wishes. She doesn’t want to show any love to Pooja when the truth has come out. She turns more evil when she attacks Naren to blame Sonakshi. She lies that Naren was under pressure because of Sonakshi and attempted suicide. Nishi’s dark side appears and brings many big twists. Poor Sonakshi gets blamed again and again. Her life becomes worse than Parvati’s struggles in her tv show. She gets sobbing and sobbing, struggling to save every member in her Sasural. This time, Nishi Bua turns vamp in the family. Will Naren survive? Keep reading.

Reviewed Rating for this particular episode: 1/5 OMG WORST TWIST KILLING LEFTOVER FAMILY VALUES
This rating is solely based on the opinion of the writer. You may post your take on the show in the comment section below.

Sona’s character is not justified as she’s hiding a crime done by Ajit, no matter what she should share everything with Rohit, her first responsibility is towards Rohit. When Rohit hides things for the benefit of family, Sona was insisting Rohit that he should speak out, now she’s hiding things herself. Suman (wow) is this lady insane, she’s only taunting and complaining all the time, she spoils her own daughter’s family, when she could spill out the truth about Naren, why not Ajit, who’s more dearer to her Sona or Ajit? Senseless.