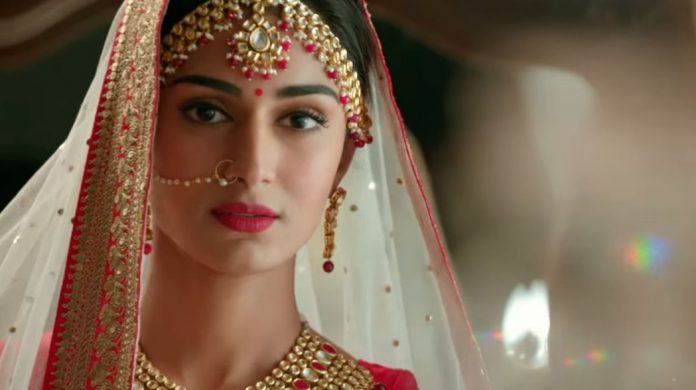 Kasauti Zindagi Starplus Ronit kills Prerna AnuPre broken Kasautii Prerna killed Anurag witnesses the shocker Viraj fails to hear Komolika’s planning. She changes her words to trick him. He tells that he has come to take medicines for Veena. Komolika gets angry that everyone expects a lot from her. She doesn’t care for Veena. She just wants to focus on killing Prerna. Anurag makes a plan to overtake Ronit’s tempo and stop him so that he can get Prerna saved. Ronit understands Anurag’s plan when he sees Anurag driving ahead.

He calls his goon to make a quick back up plan. He shifts Prerna to a car and leaves the tempo. He sends the tempo with one of his goon. He asks the goon to mislead Anurag. He plans to take Prerna away, right in front of Anurag. He knows Anurag can’t do anything. Anurag stops his car and blocks the tempo. He wants to check the tempo and questions the driver, who is actually Ronit’s goon. Ronit makes an easy escape. Anurag doesn’t know that Prerna is in other car. He doesn’t want her in the tempo. He worriedly goes to take help from police.

He files the FIR. He tells the inspector that Prerna got kidnapped from his home, by the time he caught the kidnappers, they have fled. He finds it strange that he was following the tempo and even then Prerna disappeared. Inspector tells him that kidnappers would have shifted Prerna to another car while Anurag lost track of it for some time. Anurag realizes his big mistake. Inspector assures that they will try their best to find Prerna. Anurag recalls the incident. He thinks Prerna was in the other car which he had seen.

He feels angered on himself. He goes home to give an assurance to Veena. Prerna gets conscious and leaves her ornaments behind, which will serve as a clue for Anurag to reach her. She pretends to be sleepy. Ronit drops her to the goons’ warehouse. He wants them to keep an eye on Prerna. While Ronit goes, Prerna tries to convince the goons to release her. The goons tell her that she is safe as of now, since they won’t be killing her, their boss will be coming to kill her. She wonders who is the boss. Moloy tells Viraj that commissioner is his friend.

He calls the police commissioner and seeks help to search for Prerna. Mohini feels angry that Moloy is calling Prerna his daughter. She taunts Veena. She asks Veena to get away and not bring her bad luck to them again. She tells that Anurag has gone after the kidnappers and risked his life. She wishes Prerna was kidnapped from somewhere else. Moloy calls her thankless and insults her. Nivedita tries to defend Mohini, who wants the best for the family. Nivedita too insults Veena. Moloy warns them against hurting Veena by their words.

He asks them to think of Anurag, who is away from home. He tells them that they should pray for Anurag and Prerna. Anurag returns home. He meets his family and Sharmas also. He tells that he couldn’t catch the kidnappers. He promises to find Prerna. He asks Veena not to have any worries, he will really find Prerna and get her home. He is sure to keep his promise. Komolika gets fed up by their drama. Komolika reaches the cliff where the goons bring Prerna.

Komolika instructs the goons to kill Prerna by throwing her down the cliff. Ronit and goons tie up Prerna to kill her and her coming child. Anurag follows the hints left by Prerna. He reaches the cliff and finds her in big danger. While he runs to save her, Ronit pushes her down the cliff. Anurag sees his love Prerna dying. Will Anurag recover his memory? Keep reading.

Best jodi with Bajaj and Prerna. Because when bajaj was there no one can harm Prerna in anyways. Bajaj was a pillar for Prerna. But Anurag was weak and also his love for Prerna. The show was getting worse than worse. Please make Bajaj re-entry to save Prerna.