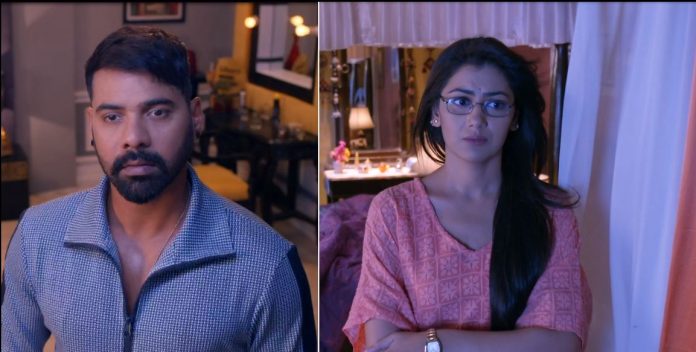 Kumkum Bhaggya Tonight Zee Abhi Pragya missed connect Aaliya drops Sanju quickly before Abhi comes. Abhi asks Rhea if she is fine. Aaliya tells Abhi that Sanju was threatening Rhea. Abhi looks for Sanju, who has gone too far before he arrived. Abhi tells Rhea that he won’t leave Sanju. He feels guilty and apologizes. Aaliya asks Abhi not to blame himself, but just focus on Rhea, instead Prachi. He tells that Prachi is also like a daughter for him. Rhea gets upset. She goes home and finds Meera sick. Abhi tells Rhea that Meera is fine now after having the medicines sent by Prachi’s mom.

Kohlis return home and are in happy mood. Vikram asks Abhi about his meeting with his wife. Abhi tells him about some hurdle. Dida tells Abhi that she likes Prachi a lot and also her mum. She feels like family reunion. Pallavi tells that they got a new family. Ranbir tells that he was surprised to see his family at Prachi’s house. Abhi feels Rhea’s mood is upset because of Sanju. Abhi is also upset since he couldn’t meet Pragya. Meera feels sad for him. Abhi is relieved that Aaliya had saved Rhea’s life from Sanju. Pragya returns home and is upset that she couldn’t meet Abhi. She doesn’t share anything with Prachi.

Sarita understands Pragya’s sorrow. She asks her if her husband didn’t come to meet. Pragya cries that she got late and he left. She understands the problem. Sarita asks her to not cry if she is so understanding. Pragya feels her heart isn’t in her control. Abhi asks Purab for Pragya’s mobile number. He wants to talk to Pragya. Aaliya checks Abhi’s message on Purab’s phone. She thinks of sending a wrong number so that he never connects to Pragya. She thinks to block Pragya’s number in Abhi’s phone as well.

She goes to Abhi’s room and unlocks his phone. She saves Pragya’s number by random name and blocks it. She acts clever. Abhi gets the fake number and keeps trying to connect. Pragya misses Abhi and awaits his call. They both want to talk. They talk via the moon. They recall their moments and stay restless without each other. Rhea meets Aaliya to talk about Ranbir. Aaliya pacifies her. Rhea tells that she doesn’t like Kohlis liking Prachi so much. She doesn’t want Prachi’s family to get involved in her family. She wants Maya to disturb Ranbir’s life so that Ranbir and Prachi get away. Aaliya agrees to help Rhea.

Pragya feels saddened that Abhi didn’t come and didn’t even call her. She tries calling him. She calls Purab to get Abhi’s number. He asks her if she doesn’t have his number. He finds her angry on Abhi. He sends her Abhi’s number, but she fails to connect. She realizes that her call isn’t getting through. She messages Abhi. Aaliya checks the message while Abhi is sleeping. She deletes the message. Abhi doesn’t get to read the message.

Later, Rhea meets Maya and introduces her aide, the truck driver hired to fake threaten Maya’s life. She explains her plan to Maya. She asks Maya to change Prachi’s thinking about Ranbir. Rhea goes to the office to meet Ranbir. Abhi finds them together. He likes their pairing. Rhea waits for Prachi. She wants to take Prachi out and show Maya’s fake suicide attempt.