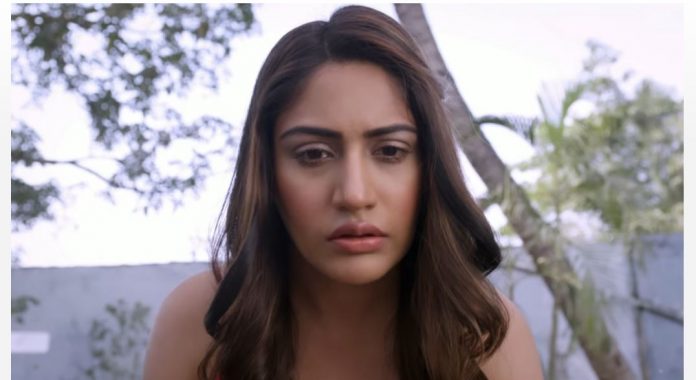 Sanjivani Unthinkable twist Sid’s life threatened Dadi decides to keep Sid away from Ishani and NV, so that they don’t get more distant. She asks Philo to help her in sending Sid away. She promises to get Sid treated the best way. She tells that NV’s marriage will get ruined if Sid returns in Ishani’s life. She fears that NV will break down once again, since he has already lost someone dear in his life. She also tells that Ishani will sink in pain and depression if her past comes back. Ishani and NV have a moment. He cheers her up and asks her to have the halwa especially made for her by his Bebe. Ishani agrees to have the halwa. He knows how to deal with her.

Bebe asks Philo to stop Ishani from meeting Sid. She tells that they have to shift Sid to some other hospital and since Ishani is handling the case, she needs to sign on the transfer form. Philo asks how will they take Ishani’s sign. Bebe convinces her to do anything, but get Ishani’s sign. Philo makes an excuse and gets Ishani’s sign on the transfer paper. Philo takes Sid for sending him to another hospital from Sanjivani. She sees NV and hides him in the morgue, where he gets exchanged with a dead person John.

Philo doesn’t check Sid’s face again and sends John for the treatment. Sid is taken by the ward boys for burial. The ward boys assume him to be dead person John. Sid is taken to the burial ground. He gets buried inside the coffin. NV gets a call from the other hospital.

Before she could explain NV, he takes her to save her career. He tells her that if the patient dies, then she will be ruined, she will get jailed for murder. He wants to save Ishani by saving the patient. He scolds Ishani a lot. Ishani and NV reach the graveyard to save the patient. They find the grave and pull out the coffin. Ishani gets a huge shock when she faces the unthinkable. She finds Sid inside the coffin and is broken down. She didn’t imagine that they will meet after three years in such a situation. Sid is in coma.

NV checks him and tells her that Sid’s situation is weak. He wants to revive Sid’s breath. He asks Ishani to help him. She tells NV that he is Dr. Sid. He realizes that Sid is her past lover. Even then he works hard to save Sid’s life. Ishani collapses in shock.