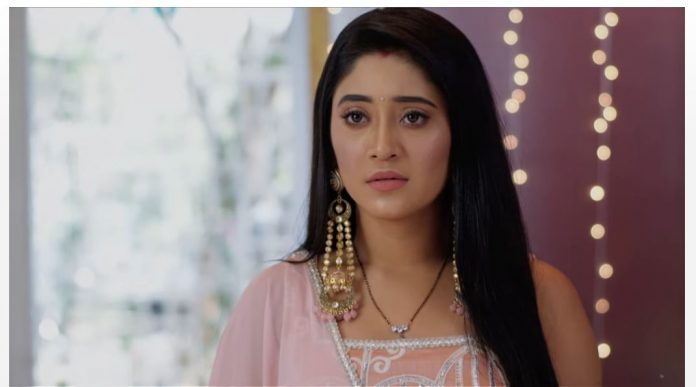 YRKKH Ishq SubhanAllah Upcoming Spoilers Twists Kartik and Naira get Lav and Kush to the entire family and expose their act of sharing the beer with Kairav and Vansh. Lav and Kush get panicking. They clarify themselves to Akhilesh and Surekha. Naira didn’t imagine that Lav and Kush would do such a thing. Kartik asks them to be true, since its just family members around. He empties the bags and shows the beer bags. Akhilesh goes to slap Lav for his arguing. Kartik stops him. Lav tells Akhilesh that he didn’t do anything wrong. Akhilesh asks him to check his deeds.

Samarth asks Lav and Kush do they drink always. Akhilesh tells that maybe they got habitual to drinking in the hostel. He cancels Lav and Kush’s birthday gift. He asks Kartik not to order the bike. Kartik doesn’t want to step back from his promise. Kartik isn’t supporting Lav and Kush. Lav proves that Kush had added soft drinks in Kairav and Vansh’s cans. Kartik feels guilty. He doesn’t want Naira to get harsh on Lav and Kush. He tells her that they can’t punish Lav and Kush. Naira supports Akhilesh’s decision.

She asks Kartik not to give more chances to Lav and Kush for doing mistakes. Kartik tells her that Lav and Kush were just partying and kept the kids safe, they didn’t do any mistake. Naira tells him that even if Lav and Kush’s friends got the beer, even then they are involved, since they didn’t tell the truth to the family. Kartik loves Lav and Kush a lot.

Ishq SubhanAllah: Kabeer goes mad in anger. He ruins the house. He can’t let Shahbaz win again. He doesn’t want to spare Shahbaz. He has to get justice for Zara. He tells Zara that he is compelled to hate his dad. Shahbaz wants to prove that Zara is alive and he didn’t kill her. Zara tells Kabeer that they can get DNA test done and prove that old Zara is really dead. Shahbaz tells the police that he didn’t kill Kabeer’s wife, she was a coward, and ran away.

Zara tells Kabeer that they will prove Zara’s death and expose Shahbaz. She tells that they have to dig the grave and get her DNA test done to prove her identity. Kabeer doesn’t want to disturb Zara’s soul by taking her body remains for the tests.