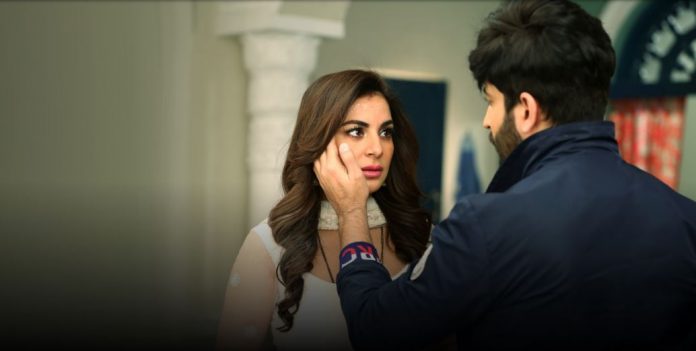 Malhar is broken down knowing Kalyani did everything for Moksh. He didn’t know Kalyani is so helpless. Sampada tells him that she lied to Kalyani about Moksh and sent her away. Malhar criticizes Sampada, who is a stain on motherhood. He rushes to find Kalyani. She goes missing and doubles his troubles. Malhar bashes up Rachit to know about Kalyani. Malhar and Kalyani will be soon uniting after the misunderstanding clearing between them.

Rhea tells Ranbir that Prachi has changed his side and joined Maya. Ranbir trusts Prachi a lot. He tells Rhea that Prachi can never change, she will always be with him. Rhea tells that Prachi has gone to the police station with Maya. Prachi tells the inspector that she was wrong to support the wrong doer before, she was mistaken to give the statement before in Ranbir’s favor. She wants to change her statement. Maya gets glad that Prachi is supporting her. Ranbir is sure that Prachi will never break his belief.

Preeta is glad that Karan promised to free her from the jail. She is confused that maybe he doesn’t believe her. She awaits Karan. When he doesn’t come, she wishes to meet him once. Karan tells Rishabh that Preeta got arrested, he couldn’t do anything even when he was at her home at that time. Rishabh is super shocked. He didn’t know Sherlyn will trap Preeta again. Luthra brothers decide to help Preeta and prove her innocence.

Zara falls in danger while trying to revive Kabeer’s faith. She doesn’t want to lose hope. She wants him to return to the right path. She knows that he didn’t forget his limits, he will not do anything evil. She believes that his heart still has the goodness. Kabeer plans an attack on Shahbaz to scare him and make him admit his crimes. He threatens Shahbaz in such a way that Shahbaz accepts that he has killed Zara. Kabeer aims to get Shahbaz punished.

Amar attacks Shiv with a knife. He wants to marry Ananya. He tells Mohini that he can do anything to show he is very serious about Ananya. Shiv asks Amar to stay away from their lives. Amar asks Mohini to not let him down. He tells that he learnt everything from him, she is his mum and mentor also. Mohini doesn’t want him to hurt herself in anger. Shiv questions them about their intentions. He warns Mohini against brainwashing his brother. He doesn’t know that Amar is so evil. Shiv gets saved from Amar’s attack. He asks Mohini to stop back stabbing. He knows her evil truth well. He tells her that even she knows his truth and should be careful.

Suddenly you see new unwanted entries like Rishi and Priyanka with some unrelated, unwanted plots. Same way Sanju had made his entry and now it is Maya. All these Villain characters leave the show faster than they enter and it is up to each one’s imagination as to what happened to them and their Unsolved mysteries. If not anything, they should at least solve the never solved Mysteries and Plots.