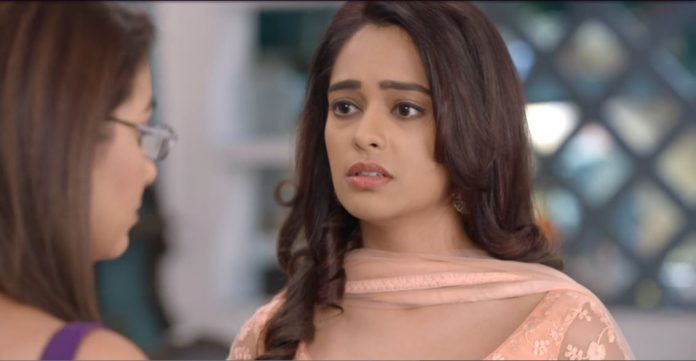 Kumkum Prachi reveals stunning plan Rhea conspires Abhi hugs Ranbir and tells him that he will tell him to be strong and a fighter in life. He asks Pallavi to take care of Ranbir. He doesn’t want Ranbir to blame himself. Rhea wanted the family to break down so that they depend on her. She hopes that Ranbir makes Prachi away and gets closer to her. She loves Ranbir a lot. Meanwhile, Pragya is affected after meeting Ranbir. She wants to know about Ranbir’s matter. She comes home and asks Prachi about Ranbir. Prachi gets upset. She tells Pragya that she doesn’t trust Ranbir now, since he is wrong. Pragya tells her that she has to believe Ranbir. She feels Ranbir isn’t lying. She tells that she met Ranbir and also believes his truth.

Prachi doesn’t think he is innocent. She tells him that she spoke to Maya and knows that Maya is the victim. She had promised to get justice for Maya. Pragya asks her to talk to Ranbir once. Pragya finds Maya at home. Prachi asks Pragya to look at Maya’s state. She wants to support Maya, who is right in this case. She wants the culprit to get punished. Maya thanks her. Prachi asks Pragya to trust Maya if she trusts her daughter.

She asks Pragya to help Maya, who needs them. Sarita and Shahana agree with Prachi. They want to help Maya. Sarita tells that they are wrong to trust Ranbir. Prachi tells her that they have to get Ranbir punished so that he doesn’t do this crime with any other girl. Maya is grateful to Prachi. Pragya wants to find out about Maya. She tells Prachi that she knows the fact that Maya is lying. She asks Prachi to find out the big reason. Maya meets Rhea. Rhea asks her not to drink outside Prachi’s house. She asks Maya why is she ruining her plans.

She tells that he is much angry. Pragya asks her to clear the misunderstanding with him and not delay. She feels proud. On the contrary, Ranbir wants to be alone. He asks Aryan to leave from his room. Aryan doesn’t want to leave him alone. He tells that he loves Ranbir a lot. Ranbir tells that he loves him too. Rhea meets Ranbir. She tells him that she loves him too. He tells her that he knows his family loves him. He feels bad that everyone is so stressed. He thanks her for help. He feels sorry to scold her and not trust her.

She is glad that his trust on Prachi is breaking. Pragya feels Prachi is learning life’s big lessons. She hugs Prachi. Pragya gets emotional and misses Kiara. Ranbir tries to act normal so that his family doesn’t feel hurt. Pallavi wants Rhea to stay with Ranbir and help him. Rhea promises to be with him and protect him. Prachi calls Ranbir to reveal her plan. Rhea hinders the call. Will Ranbir learn Prachi’s truth? Keep reading.

Best Comment by Indrani Dutta:
I want the culprits to be caught. Can’t watch always the evil winning. And I want Ranbir and Prachi together asap.