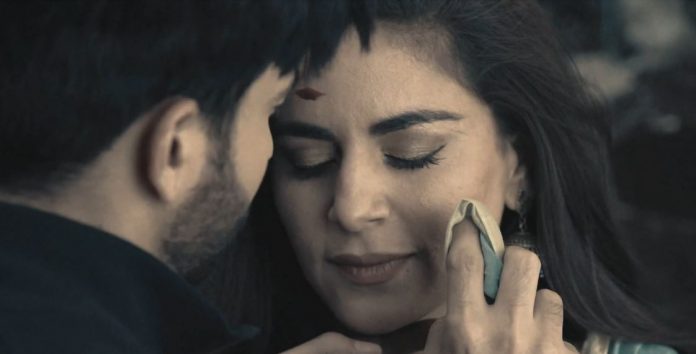 Kundali Spoiler Snip Today Vidya Colors Upcoming Karan is happy in love with Preeta. He has promised to marry Mahira. Even then, he gets dreaming to romance Preeta, still not accepting that she is his wife. Sarla doesn’t think Karan will help Preeta. She tells the family that Karan has given hope to Preeta. She knows that Preeta believes Karan a lot, she hopes he will rescue her from the jail. She is much hurt that Preeta’s belief may shatter and break her heart. She expects the worse.

She tells Shrishti that they have to do something, since Karan may break their trust and hope in the last moment. She doesn’t want Preeta to suffer. She thinks Karan may change his decision in the court. Mahira plans to cheat Karan. She tells Sherlyn that she will not save Preeta in the court and mislead Karan by fake promises. Mahira tells Sherlyn that Karan will think that she is doing as he said in the court, but she will do what she wanted to and he will not understand.

Vidya:
Nanku is playing with the village’s belief and devotion. He is troubling Vidya in a new way. The people find a Shivling in the school premises. Nanku had sent his men to leave the Shivling there at night. He proves to the people that his dream turned true, Shivling is found in the school and they must take a Shiv temple there. He proposes that they build a temple on the school land. He wants the school to get demolished. The people agree to him with the big temple idea.

Vidya opposes them. She tells them that they can take portion of the school land and build a temple, since a school is also a temple of education and knowledge for the students. She wants the people to support her in saving the school. Nanku brainwashes the people so much that they get against Vidya. The people start celebrating the arrival of Shiv in their village. Nanku challenges Vidya to fail him in his move, which is nearly impossible since people’s blind faith is involved. Vidya gets a big support when Vivek reaches there just in time. Vivek stops the men from demolishing the school. Nanku enjoys seeing their plight.

Shubh Aarambh:
Rani encourages Raja to be on his feet. Raja has become a marketing manager. Rani prepares food for him to take a tiffin to the office. Kirti disturbs her and creates a problem. Rani doesn’t answer her and gets busy in her work. She tells Raja that he has to take up his responsibility. She doesn’t tell him the personal issues in her Sasural.

She wants him to realize the problems on his own. Raja gets manipulated by his family. Someone adds sleeping medicine in his food to make him sleep during work. His family treats him like an outsider and servant, when he is the righteous heir of all the property. Rani gets confused when she finds the behavior of the family changing. She wants to keep Raja away from the family matters. She wishes to protect Raja from the conspiracies. Raja and Rani start getting closer again.