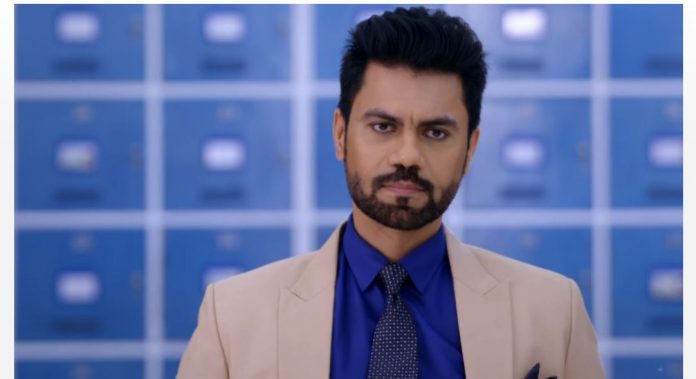 Sanjivani Tonight Sharp accusation NV plans grand surprise Rishabh operates Sid alone. He wants help. He doesn’t think he can handle it alone. He waits for Rahil. He doesn’t think Rahil will make it on time. He asks Ishani to assist him, they can save Sid’s life by stopping the swelling in the brain. Ishani freezes again and again. She doesn’t respond to Rishabh, even when he tries hard to move her and get her at work. He urges her to act like a doctor and save the patient by keeping her personal enmity aside. He tells her that Sid’s ear and nose are bleeding, they can’t delay more, Sid is already in coma and may fall brain dead if the swelling doesn’t stop. Rishabh asks her to help him until Rahil comes.

Ishani agrees to follow his instructions. She helps Rishabh. He asks Ishani to inject Sid. He asks her to clear the bleeding. Ishani gets hurt while working in haste. He scolds her for being careless. Ishani doesn’t care for herself. She panics and cares for Sid. He makes a mistake and injects the high dosed drug to Sid. Sid’s condition gets worse. Rishabh thinks he will be blamed for it and he may be fired from Sanjivani. He doesn’t want to put his career at stake. He thinks its better to blame Ishani, since NV is always there to support her, she will never be out of Sanjivani even if Sid died. He makes a plan to trap her. Ishani worries for Sid’s state.

Rishabh accuses her for taking revenge on Sid and trying to kill him by the drug overdose. She denies to give the high dose. Rishabh tells her that she has done it. He feeds it in her mind. Rahil and Philo come. Rishabh tells them that Ishani has risked Sid’s life once again. Rahil and Rishabh struggle and save Sid some how. Rahil rebukes Ishani for always falling so low. He didn’t expect this from her. NV learns the matter and questions Ishani about it. Ishani gets confused because of Rishabh. She admits that she has made a mistake, since Rishabh is constantly saying it, though she doesn’t remember her fault.

NV loses control when Rishabh and Rahil verbally bash her up. Ishani gets humiliated and blamed for taking revenge on Sid. Ishani breaks down with the accusations. Rahil makes a harsh comment that she is the worst doctor. NV stops Rahil from hurting her. NV throws a party at his home, which upsets Rahil. Rahil wants to be with Sid. He wants to avoid Ishani. NV summons everyone at his home. He plans a huge surprise for them. What will happen in the party? Keep reading.

Yeh Rishte Hai Pyaar Ke:
Abir and Mishti’s Roka ceremony happens. Mishti and her family prepare for the Sangeet ceremony. Rajshri and Varsha are happy for Mishti. Jasmeet tries to join them, but gets sad when she thinks of Nannu. Mishti wants to convince Jasmeet to be part of the marriage. She asks Kuhu to teach them Bhaangra, which Jasmeet will also enjoy. Jasmeet tells them that they aren’t doing Bhaangra right. Rajshri asks if she disliked the dance. Jasmeet joins them and dances with them. Kuhu is against Mishti. She is much upset since Mishti broke Nannu’s heart. She doesn’t want Abir and Mishti to get married.