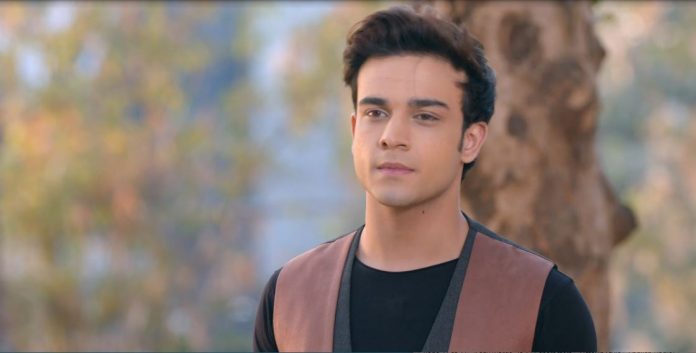 Top 5 Kumkum Spoiler Shakti Raabta Snips Lined Prachi comes to Maya’s house. Rhea hides seeing her. Prachi makes a call to Ranbir and tells that she saw the shoes of the girl who hired Maya to trap him in the molestation case. Ranbir asks what are you saying? Prachi says I can’t forget those shoes and think that the person is taking money to Saloni’s house from Maya’s house. She asks him to keep the phone camera on and record the video or take the picture. Ranbir says ok. Maya thanks Prachi for coming to her house and asks why did you come, did you come to meet me? Prachi says yes, I came to meet you.

Just then the decorative piece falls down from Rhea’s hand while she is hiding behind the sofa. Prachi looks at the sofa hearing the sound. Rhea gets shocked. Maya tries to divert Prachi’s attention, but the latter has seen Rhea’s shoes. Rhea is about to be exposed by Ranbir and Prachi before everyone.

Shakti: Virat and Heer looks at each other after he saves her respect and beats up the college students. The guy tries to beat Virat and tears his tshirt. Virat beats him up again. Heer shouts Virat. Virat asks Heer if she is fine. Heer nods her head. Preeto gets worried for Heer, tells that she can’t be calm anymore and tells Harak Singh that she is going to college. Virat brings Heer out. Rohan asks what happened to you and looks at her torn dupatta.

He asks how did this happen. Virat tells him about the college students trying to molest Heer. Rohan is shocked. Soham asks Rohan not to tell this at home else Heer will be get scolded much. Virat asks Heer to give her dupatta to him. He fixes it. Preeto comes there to take back Heer. Rohan and Soham don’t tell her about the incident.

Tujhse Hai Raabta: Sampada sneaks in the house later in the night to meet Atharv. Malhar sees her reflection from the window and comes out. Sampada hides behind the curtain. Malhar tries to catch her. Kalyani thinks to confess her feelings to Malhar in an unique way and smiles thinking she also loves him a lot. Malhar asks her about her reply.

Naati Pinky: Pinky leaves from the house after getting Ram’s lecture that she shall not return back to her mayka under any circumstances and he don’t want to lose his position of Brahmin samajh head because of her. She recalls his words that his house is not hers anymore and she shall not return for even pagphera as sweets and fruits are already sent with her. Nandu signs song for Pinky. Pinky comes to Gagan’s house. Watchman asks who is she? She says she is bahu of the house. Watchman says I will ask and asks her to sit. Pinky sits near the toy dog outside and tells that both of their situation are same. She says she is neither of her mayka nor sasural and sits outside Gagan’s house.

Mere Dad ki Dulhan: Randeep asks Guneet to call her chat friend to meet her today. Guneet sends message to her chat friend that she wants to meet him in the evening. She goes to the theatre and buys film tickets for them. She sends the film tickets pic to him. Amber gets the message and thinks he has to reach the theatre before 7:30 pm. He leaves from his house on the bike and reaches the place. Guneet comes there and pats on his shoulder. He turns and looks at Guneet shockingly. Guneet is surprised to see her. He asks why she came here? Guneet makes an excuse and asks why did he come? He also try to makes excuse and hide about coming to meet their chat friends.