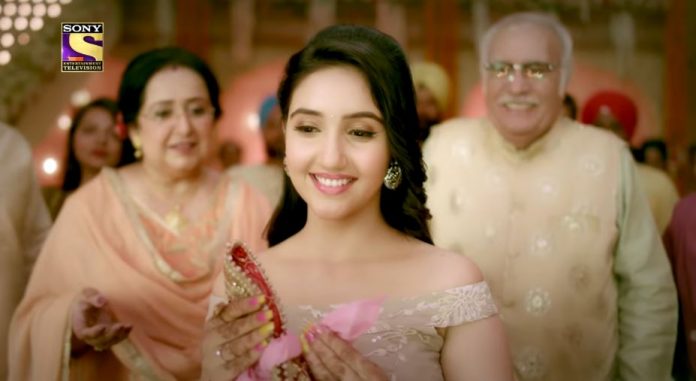 Sony Patiala Dad Ki Dulhan Upcoming Highlights Amber doesn’t get pleased to meet Kabir at home. He is much protective about Nia. He doesn’t want either Randeep or Kabir in her life. He asks Kabir not to spy on him. Kabir wants to talk to him directly to know what’s going on in his life. Amber insults him. Kabir doesn’t give up. He asks Amber about visiting a theatre. Amber lies about his meeting. Kabir asks him about the girl. Amber gets cautious. He tells him that he is scared to meet his friend. Kabir asks him to meet her, else he can’t believe her. Amber tells that he didn’t see even her picture.

Kabir tells that maybe the chat friend is a man. Amber doesn’t think so. He is sure that his chat friend is a woman. He feels scared to face the truth, since its just intensifying his dilemmas. He misses his wife Anjali. He tells that he is still in pain over losing Anjali. He doesn’t think he can allow someone in his life. He feels miserable and fears a rejection. Kabir asks him to end his fears, since everything depends on him. Guneet comes home and Amber is surprised. Nia asks Amber to not be afraid and move on in life. Amber gains courage to meet his chat friend.

Mini is much hurt that she isn’t able to take care of Arya well, like a mother would do. Mini and Arya have sweet moments. Mini doesn’t want to give false hopes to Arya. Arya doesn’t want Mini to leave her and go. She cheers up Mini. Mini realizes her efforts. She also cheers up Arya. The sisters spend time. Mini gets emotional seeing Arya’s love. She tells that she isn’t her mother. Arya finds Mini a nice person. Mini feels she couldn’t become a caring figure. Arya tells that they are sisters. Mini tells that she is just a stepsister. Arya doesn’t want her to say that. Mini hopes that she ends the difference between them.