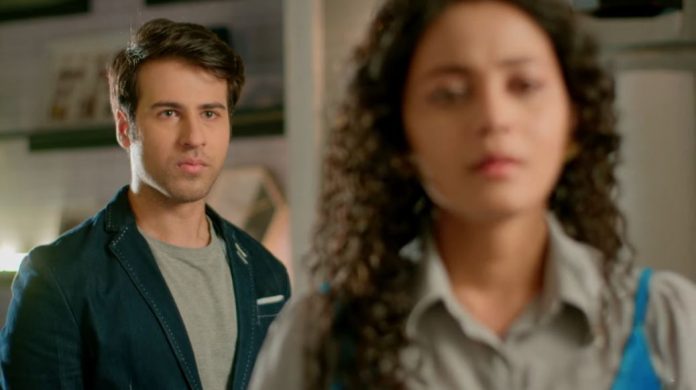 Rishte Starplus Kunal Kuhu Love story begins Abir is upset on knowing about Kunal and Kuhu’s divorce. He wants to stop the bad happening somehow. Maheshwaris take Kuhu with them. Varsha jokes that they shall take Kunal too. Kuhu loses her smile since she is going to get a divorce. She loved Kunal dearly, but regrets that he didn’t value her feelings. Kunal is hurt by her decision. Parul tells that she doesn’t want Kuhu to go, but its for Mishti’s sake. Kuhu feels she won’t be coming back to Rajvansh house again. Mishti is happy to become part of the family after marriage. Rajshri pampers Kuhu by gifting her earrings that she had bought for Akshara.

She asks Mishti not to talk to Abir and just sleep. Mishti is happy in her zone with her family. She feels too lucky. Kuhu is hurt and hides the fact that she is losing her happiness. Mishti thinks of her new life, while Kuhu thinks of her marriage’s end. Abir messages Mishti to inform about Kunal and Kuhu’s divorce hearing. Varsha misses to check the message because of Jasmeet’s interruption. Jasmeet predicts that Mishti will become a reason for Kuhu’s sorrow. Abir is worried for his brother.

He doesn’t want to marry in the tensed situation when his brother is going for divorce. He wants to solve it some how. He goes to Kunal and provokes him to accept his feelings for Kuhu. Abir tells that he will help him in getting the divorce, since the marriage isn’t wanted. Abir tells that the marriage is forced on him and its better than he ends it. Kunal doesn’t want to end his marriage. He tells Abir that he wants to know Kuhu and be with her. He admits that he likes Kuhu. Abir knows its his love and asks him to express it to Kuhu. He tells that he did the drama just to make him admit his love. Kunal asks for his help.

Abir is ready to help Kunal. Meenakshi transfers her house property to Mishti and hopes that Abir forgives her. Nanu asks her not to think the property can get her forgiveness. Meenakshi grinds haldi for Abir’s haldi ceremony. Nanu realizes that she has really changed. She tells that she will be going away and not attending the marriage. Kuhu hides the court notice from Mishti. Mishti tells that she feels Kunal loves Kuhu a lot. Kuhu stays upset. Mishti gets suspicious of her sadness. Parul makes Meenakshi touch the haldi. She applies the same haldi to Abir. Meenakshi sees the ceremony from far. Abir enjoys the ceremony with his family.

Kunal messages Kuhu. Abir replies to Kuhu instead Kunal. Mishti learns about Kuhu’s hearing at the court. Kuhu tricks her by telling about the spa appointment. Mishti doesn’t believe her. She spies on Kuhu to find the truth. Abir and Mishti will fix Kunal and Kuhu’s life. Meenakshi and Nanu get Kunal’s court notice. They learn about the divorce. They meet Kunal and Kuhu to resolve the issue. Meenakshi requests Kuhu not to divorce Kunal. Kuhu sheds tears. Meenakshi doesn’t want the divorce to happen. Abir and Kunal get into feminine avatars to become part of the function in Maheshwari house. Abir tries to play cupid for Kunal and Kuhu. Will Kunal confess love to Kuhu? Keep reading.