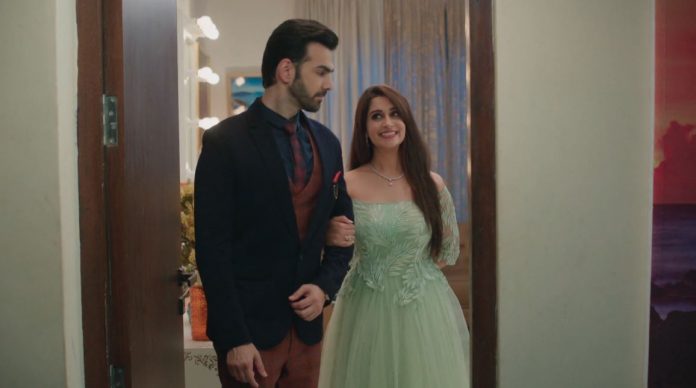 News Kahaan Hum Off air Naira Tandav in Rishta Kehlata Sonakshi goes to meet the film producer, who casts his evil eye on her. He knows she is facing a low phase in her career. He thinks she will be ready to compromise to get a role for money. He tries to hint her about his cheap intentions first. He realizes her dedication towards work and takes the other way to win. He acts like a humble man and pleases her with big promises. She wants to get the work to support her family financially. He tricks her. He spikes her drink to take her along to the hotel room. Sonakshi consumes the spiked drink. She faints down in some time.

Rohit happens to come to the same hotel for a meeting. He gets to see Sonakshi’s photography portfolio on the table. He calls Sumit to know about her. Rohit reaches Sonakshi on time and rescues her from the molesting producer. Rohit can’t express his concern for Sonakshi. He asks Sumit to be with Sonakshi and not let her know that he has saved her. He wants Sonakshi to think Sumit is her savior. Rohit and Sonakshi’s love story will begin once again, while they tackle Pari’s pregnancy matter. The show may go off air soon in the month of March (Unconfirmed) with the story folding wraps in the coming weeks.

Have you lost your interest in the show because of the ongoing disheartening track and want it to end? Shoot in your comments below.

Today’s episode was little positive. we as fan should now support this little positivity that is shown in the show. Everything can’t be alright in one night. It takes time and this track will be interesting. Gaining my interest again for this show. Starplus don’t off air this show. Really I love the two couples and the present story line is gaining getting better.

Yeh Rishta Kya Kehlata Hai:
Lav and Kush corner Trisha when the family is busy in a puja. Lav scolds Trisha for being a outsider and still asking for justice as if the Goenkas will support her. He tells that she should have left from his family and house, she is nothing for them. Lav and Kush condemn her for ruining their lives. Lav is much evil. He has no regrets for his mistakes. He finds an easy escape by plotting another suicide drama. He tells her that she is just complicating Naira’s life, Kartik will leave Naira if she tries to send them to jail, since Kartik’s wounds about Shubham’s death got fresh. He asks her if she will break Naira’s marriage for justice.

Trisha doesn’t want Naira in trouble. She cries a lot, losing confidence. Naira reaches them and overhears just a part of their conversation. She finds Trisha crying and leaving the mansion. Naira follows her to convince her to accept the reality. She empowers Trisha to fight her battle. Naira brings her home. They apply the tika to each other and feel motivated. Naira performs the tandav in front of Shiv idol. She gets clear of her dilemma. She is hurt knowing of the suicide drama. She calls the police to get Lav and Kush arrested. Goenkas rage up at Naira’s unexpected move. Kartik blames her for cheating the family, by giving them hopes.