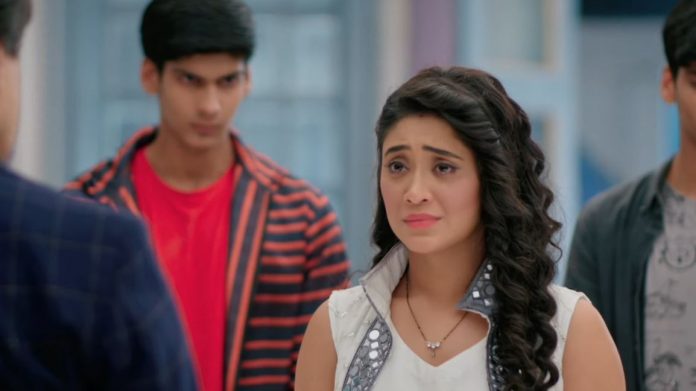 YRKKH Naira accused Starplus big time Spoiler twists Naira is accused for the theft. Surekha has gone blind in the love for her sons. She tells everyone that Kartik and Naira have tried to steal Lav and Kush’s phones before. When Kartik and Naira are summoned by the family for a discussion to end the fight, Kartik chooses to support Trisha. He is against his family. He doesn’t listen to Javeri. Naira hires Shivani for the case. Javeri fires Shivani from her job. He tells her that she will grow old, but not win the case over him. Kartik and Naira tell the family that they will not step back. Manish wants the case to end soon, Lav and Kush should get free. He wants the truth to come out.

Kartik and Naira had stolen the phones to find evidence against Lav and Kush. They don’t get to see anything. Dadi stops Surekha from blaming Naira. Surekha asks Naira to show her purse, she maybe stealing anything. Naira feels strange in her own house. Dadi supports her though. Kartik asks Naira not to waste time in the family. He takes her to Singhania house. He tells Naksh that they didn’t get any proof. Kairav is still with Goenkas. Naksh asks if they have hope to find evidence.

Naira tells that she is stressed for Kairav. Kartik asks her not to worry. Naira goes to meet Kairav and faces Dadi’s taunts. Dadi thanks her for making her old age miserable. She tells Naira that she didn’t expect this from her. Naira faces criticism from Surekha again. Naira stays strong. She has to bear the taunts for the sake of justice. She has to clear the blames on herself and unite her family.