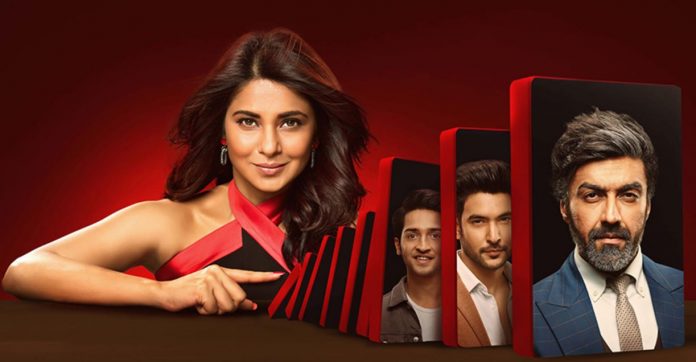 Beyhadh Too high drama Rudra witness MJ truth Maya is strong enough because of Rudra’s support. She tells Mrityunjay that she isn’t scared of him. He tells that he is aware of her plans. He warns her against crossing limits. She tells her that she has no limit of love and hatred, since she is Maya. She warns him against hurting Rudra. He asks her to stop trapping Rudra in fake love. Maya claims to love Rudra truly. She asks him to reveal all of his secrets to Rudra. She doesn’t think Rudra will misunderstand her. She pledges to destroy everyone who comes in her way.

Dia interrupts their conversation. Mrityunjay doesn’t want Dia’s child. Dia cries that he denies to accept the child. She feels she is really pregnant. She breaks down when she tries to abort her child. Mrityunjay meets her. She feels guilty to try to harm Maya’s child. He tells Dia that there isn’t a place for the baby between them. Dia tells him that she couldn’t abort the baby. Maya and Rajeev keep an eye on them. They rejoice on seeing their plan working. Dia reminds her favors on Mrityunjay. He threatens to kill the baby if she doesn’t listen. She wants him to tell Antara about their affair. She dreams to marry Mrityunjay.

Maya feels Dia will soon get against Mrityunjay. Rudra and Ananya get into an argument when he wants to get Maya’s approval for her book cover. He requests Ananya to not leave the company. He feels he needs her always. Ananya feels jealous of Maya. Maya tells him that she will join his office soon. She misses him. Ananya finds him lying, since he doesn’t need anyone. Maya calls Rudra home so that he learns Mrityunjay’s truth. Mrityunjay knows Dia loves him and can never go against him. Aamir reminds him about Maya’s love and hatred. Mrityunjay doesn’t want the same thing to repeat. Rudra meets Maya and spends time with her.

She tells him that everyone has gone out. She likes his surprises. Dia awaits Mrityunjay’s decision. She asks him if he has told Antara the truth. Antara asks Dia to abort the child. She can never give her place to anyone else. She slaps Dia. Maya alerts Rudra about the sound. Antara criticizes Dia for snatching her husband. Maya tells Rudra that they should go and check outside. She thinks its time that Rudra learns the truth. Antara and Dia fight for Mrityunjay. He leaves them to fight. Antara tells Dia that Mrityunjay just loves his children, no one else. She doesn’t want to leave her rights.

Mrityunjay asks Dia to leave from his life, since she isn’t his support now. He ends his affair with Dia. He tells that he isn’t scared of revealing his affairs to Antara. They compel Dia for the abortion. Dia doesn’t want to listen to their evil demand. Mrityunjay threatens of killing her. Maya takes Rudra to them at the right time. Dia runs for her life. She asks Rudra to save her from his parents. Rudra doubts Mrityunjay. Dia pleads to Maya and makes an apology for her past mistakes. Dia reveals her pregnancy truth to Rudra. Rudra is in for a huge shock when Maya decides to tell him the truth.