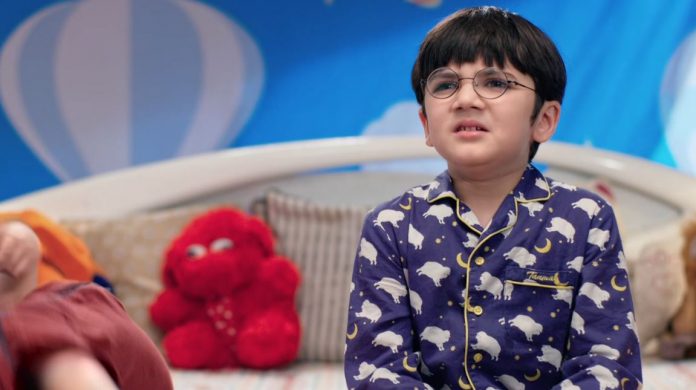 Yeh Rishta Kairav huge regret Kaira on big mission Kartik and Naira decide to not fall into their emotional state and think of bigger goals. They are worried for Kairav, but want him to walk on the right path. Kartik thinks if they fall weak for Kairav now, then they will never be able to guide Kairav right, they should stay separated from Kairav for some days, so that they don’t lose Kairav forever. The family pleads them to think of Kairav and not leave. Kartik tells them that Naira isn’t stone-hearted, she is Kairav’s mother and thinks of him a lot, more than anyone else. He tells that Naira isn’t stubborn, they have thought of it well, she is doing this just for Kairav.

He is sure that they will soon know her sacrifice and feel proud of her. Singhanias are worried for Naira. Trisha feels bad for Kartik and Naira. When Kartik and Naira come home and break them, Bhabhimaa scolds them for leaving the Goenka family. Naksh consoles Kartik and Naira. Kartik asks Bhabhimaa not to scold Naira, its not her mistake, but his family’s mistake to pamper the kids so much that they are walking on the wrong path. He wants to change their thinking. Naksh and Trisha join them in the big goal to expose Lav and Kush. Kartik and Naira want to hurry up, so that they can get back to Kairav soon.

They speak to Trisha about the incident. They learn that Lav had made the video of molestation as well. They think to get the phone and retrieve the deleted data. Surekha returns the mobiles to Lav and Kush. Kartik tells Naira that they will steal the phones to get the video. They go to Goenka mansion. Manish tells Suwarna that they can’t handle Kairav alone for long, Kartik and Naira should forget about Trisha and come home. Manish wants Kartik to obey him. Suwarna doesn’t know whom to support. She asks Manish not to be stubborn and call Kartik home at least for Kairav’s sake. Manish wants her to understand his sorrow.

Kartik and Naira hide from the family and make an entry in the house. They want to see Kairav once. Kairav wasn’t getting sleep. He misses Kartik and Naira, but doesn’t realize his mistake. Kartik and Naira meet Kairav in his room and express love. They tell him that they are doing everything to support truth, they are doing this just for family’s betterment. Gayu spots them and helps them by lying to Dadi. She tells that she will be with the kids. She sends away Dadi. Gayu asks Naira to come home for Kairav’s sake. Naira tells that they have come to meet Kairav and also get proof against Lav and Kush.

She tells Gayu that whatever they are doing is for Vansh and Kairav as well. Gayu supports them. Kartik and Naira find Lav and Kush playing games on their phones. Naira tricks them by an instant idea. Kartik goes to steal the phones. He fears to get caught. Kartik drops the phone by mistake. He doesn’t want Lav to see him. Kartik and Naira get the phones. They pose a challenge to Goenkas and Javeri stating that they have an evidence against Lav, Kush and Abhishek. Javeri wonders what’s the evidence Naira is talking about. He wants to ruin the proofs, that can harm his son Abhishek.