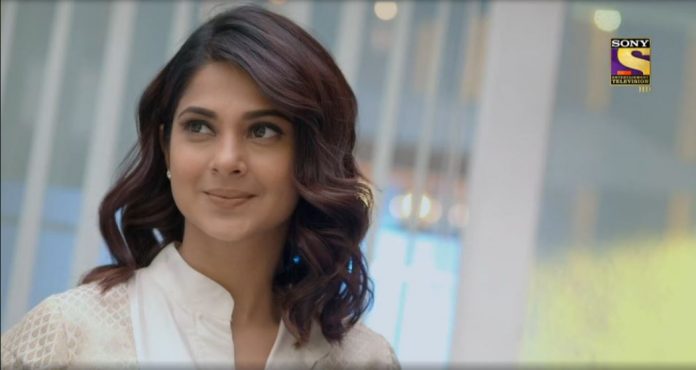 Beyhadh Rishi alive Maya stunned by Rudra’s surprise Mrityunjay tells Maya that he will never let his fear end in her eyes and mind. He tells that she can hurt her fingers, but he will still get rings for her. He asks her if she will hate him more and remove the ring, or wear the ring for Rudra’s love. He puts her in a fix. He doesn’t want her to forget the past. She doesn’t want to forget her past, since she wants revenge on him. She hurts her hand and shows her madness further. He isn’t affected by her bloodshed. He tells that she can hurt herself and keep love, but she can’t get rid of the ring. She injures her hand and knows that Rudra will care for her. She tells Rudra that she will not remove the ring, which is a promise of love given to him. She gets rid of the past burden by showing immense love for Rudra.

Aditya suspects her after seeing so much love for Rudra. He tells that its fishy that she is too hurt and still not removing the ring. Maya tells him that she isn’t normal when it comes to Rudra. She clears that she doesn’t have any limits for love and hatred. Aditya tells her that he doesn’t want to see her hatred, after seeing her crazy love. He misses Rishi. He tells that Rishi also met someone who loved him a lot, but she was a psycho. He regrets that Rishi died for his love. Maya feels guilty that she had killed Rishi.

She wants to know what else did Rishi tell Aditya about him. Mrityunjay threatens Antara for trying to dominate him. He acts like a loving husband when Maya’s mum Nandini walks in. She asks Antara not to commit suicide. Maya asks Rajeev to find everything about Rishi. Rajeev works on the new task. He finds Rishi and Aditya’s pictures. Mrityunjay gets drawn to Maya just for revenge. He wants to know her next plan. Antara leaves from her room. Nandini changes the pills to stop her from committing suicide. Rudra asks Mrityunjay if everything is fine. Mrityunjay asks Maya if her hand is fine. Maya joins Rudra’s office.

She seeks blessings from Mrityunjay to further insult him. She wishes to succeed in her big goals. She tells him that she will leave him to tackle him finally, she will win since Rudra is with him. She tells Rudra that his dad understands her well. Mrityunjay looks forward to know her next move. He wants to know whom she targets now. Maya meets Ananya at the office and tells how Rudra brought colours in her life. Maya doesn’t like to book cover printing.

She wants her soul to be portrayed in the book. She doesn’t want Ananya to create hurdles. She changes the book cover. She tells that Maya now has the colours of love, which completes her. Rudra is impressed with Maya. She tells that she is incomplete without Rudra. Rudra is very happy. Aditya tries to tell him about Rishi. He also thinks that Rudra is hiding his deep wound from the world. Rudra doesn’t want to reveal anything. Rudra surprises Maya and takes her somewhere. She fears if Rishi is alive and came back in her life. Will Rishi really get alive and return, or is it just her illusion? Keep reading.