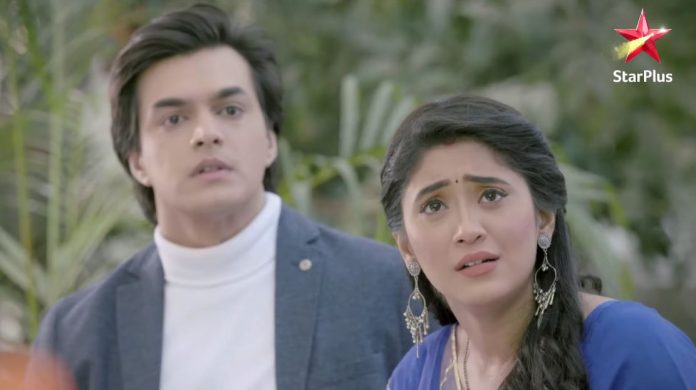 Breaking trends YRKKH Kartik Naira battle Hotstar Hits Javeri observes everyone in the Goenka family. He then suspects Gayu. He tells them that Gayu looks scared, as if she has stolen the phones and given to Naira. He asks the family to confront Gayu. Gayu tells that she didn’t steal the phones, Kartik and Naira came at night and took the phones. Dadi scolds her for hiding this from the family. Manish asks her to get the phones or steal if Naira doesn’t hand it over. Gayu feels sorrowful. She thinks her place in Goenka house fell in risk just because of Naira’s stubborn behavior. She also wanted Naira to seek justice, but not at the cost of her happiness.

Later, Gayu meets Bhabhimaa and cries her heart out. She tells that she will not let Naira ruin her position in the family, Naira’s craze for justice is ruining everything, even their terms with Goenkas, who are madly wanting to save Lav and Kush. She tells Bhabhimaa that Samarth didn’t support her and got against her, knowing she has supported Naira. She expects things to go peaceful in her pregnancy. Bhabhimaa consoles Gayu. She promises to save her from the problems. She sends Gayu home. Kartik and Naira learn about Gayu’s troubles. They feel guilty that they are responsible for it. They also want to stop the fight.

They wish the battle to end soon, since its hurting their own family. Naira asks Kartik not to worry, they will soon sort the issues. The hacker Dhruv keeps the phones for downloading the data. He goes to his friend. Bhabhimaa steals the phones and gives it to Dadi. Dadi hands over the phones to Manish. He asks her if she had gone to get the phones. Dadi tells him that it doesn’t matter how she got it. She doesn’t take anyone’s name. Kartik and Naira find the phones missing and asks everyone. Bhabhimaa stays silent. Naira thinks of Gayu and goes to meet her at Goenka house. She meets Gayu and asks for the phones.

Gayu asks Naira not to doubt on her, she didn’t steal the phone and has no idea about it. She asks Naira to think of the troubles she is imposing on her in the pregnancy phase. She makes Naira feel guilty. Kairav and Vansh return from home. Kairav misses Naira and cries for her. Naira meets him and finds his hand injured. She learns that he fought with some boys in the school for her sake. She dresses her wound and asks him to be brave. Gayu lectures her again. Naira asks Gayu to think of her sorrow once. She wants Kairav to come home with her. Kairav agrees to go with her. He gets scared of the police. He refuses to go with her.

He runs to Goenkas. Dadi finds Naira and reprimands her for her decision to leave her son for someone’s fight. She taunts Naira for troubling her in old age. Naira faces Surekha’s wrath. Surekha admits that she got her sons’ phones back. She doesn’t want Naira to steal anything. Naira tells them that she just came to meet Kairav. Surekha angrily insults her. Naira breaks down and returns to Singhanias. She meets Kartik and tells about Surekha getting the phones. Kartik tells that they have no evidence to present in the court.

Naira and Kartik didn’t wish to hurt anyone. They talk to Bhabhimaa and get emotional. They tell that they are taking the right decision and the one who doesn’t understand will regret. Bhabhimaa cries and feels guilty. Naira understands that Bhabhimaa has given the phones to Goenkas. Bhabhimaa accepts her deed. She justifies that she wants her families happy. She wishes the fight ends soon. Kartiuk and Naira proceed to get justice for Trisha.