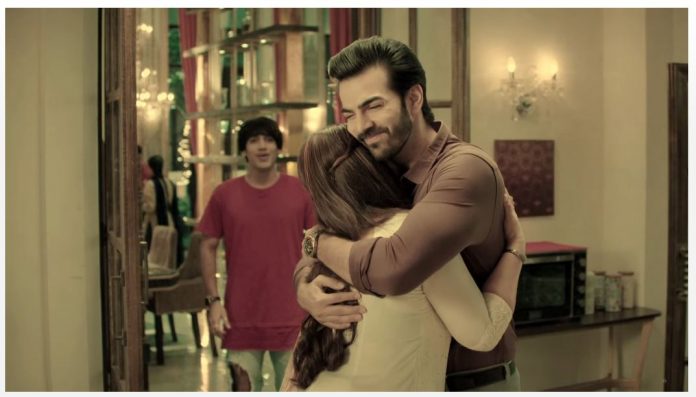 Kahaan Hum Rohit to die Blasting twists ahead Rohit will be soon seen infected with the super virus, after forgetting himself. He will be searching for Sonakshi so much that he forgets that he has entered the quarantine without necessary precautions. He doesn’t care for his life. He just wants to ensure that Sonakshi is fine. A big truth comes out in the form of an ugly revelation, when Veena is seen as the kidnapper, who ruined Rohit’s peace by kidnapping Sonakshi. Rohit suspects Nishi to be the kidnapper, but it happens otherwise. Veena hates Sonakshi so much that she regards her much unlucky.

She wants her son to have better prospects in his life. He regrets the fact that though he ousted Sonakshi from the house, he is still running after her and ruining himself. Rohit had himself ruined his career just to show the family what Sonakshi meant for him and the outcome of their compulsion. Veena doesn’t realize her mistake and instead commits another one. She wants Sonakshi out of Rohit’s life. She also knows it very well that he pretends to hate Sonakshi, but he still loves her. Veena will be seen dealing with Sonakshi, who struggles to get free from her clutches. Veena unknowingly saves Sonakshi from Nishi’s trap.

Her intentions still stay not so noble. She clears out the fact that she has kidnapped Sonakshi to keep her far from Rohit. Rohit soon realizes about the deadly infection he caught up. He limits himself at the hospital. He doesn’t want to meet his family or Rastogis. He informs Sumit about his deadly infection. Sumit fears that Rohit would be dying. The news soon spreads. Veena rushes to meet her son and finds him fighting the illness.

Rohit isn’t aware of his mother’s crime. He tells her that he will now need Sonakshi to survive, else he won’t be able to save himself. He is aware of Veena’s hatred for Sonakshi. A new twist comes when Veena gets compelled to bring Sonakshi to save Rohit, since its just Sonakshi who can help Rohit in preparing the antidote for the virus. Will Veena unite Ronakshi or stick to her hatred? Will Rohit reveal Nishi’s truth to Veena? Keep reading.

Best comment by Jazz:
I think Veena will kidnap Sona but not for any other reason, but to reunite Ronakshi where as it seems like she is playing all negative here. Let’s see.