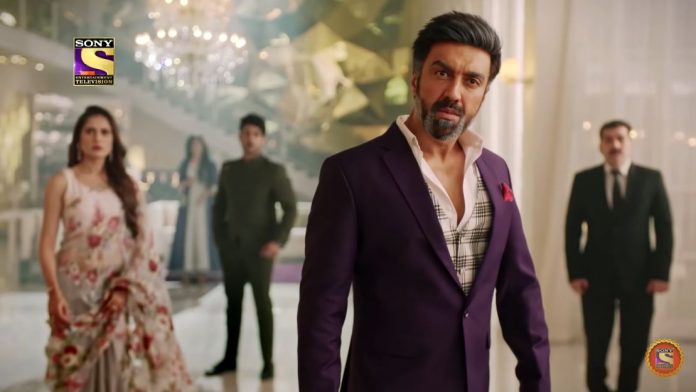 Beyhadh Maya psychic streak Another shock for MJ Maya has played the game well. She wants to slowly unveil Mrityunjay’s truth to Rudra in layers. Mrityunjay fears to lose Rudra. Maya covers it for him and proves that Mrityunjay didn’t father Dia’s child. She proves Dia wrong and takes revenge on her. Dia’s fake pregnancy truth comes out. Dia gets a huge shock knowing she isn’t pregnant. This comes as a relief for Mrityunjay. Maya had tricked Dia into believing the false thing. Maya tries to prove that Dia is mentally unstable. Mrityunjay understands Maya’s plan to strike on his strengths and make him alone. Mrityunjay doesn’t want his truth to come out. He sends Dia away from him for saving himself.

Dia regrets to get fooled and lose out everything. Maya saves Rajeev from Mrityunjay’s wrath. She reveals her plan of sending Dia out of his life. She wants to target Antara now. Maya doesn’t want to lose Rudra. She thinks until Mrityunjay and Rudra’s relation is fine, Mrityunjay won’t harm him and won’t tell the truth. She wants Rudra to stay protected from the evil truth. Rudra is disturbed knowing about Dia and Mrityunjay. He loves his dad a lot and can’t imagine anything such against him. Mrityunjay wants Antara to always support him.

She warns him against bringing his past in front of her present. Rudra gets a beautiful surprise from Maya. She makes him feel special. He feels she didn’t get any peace in his family. She calls him the peace of her life. Mrityunjay summons Rudra to tell him about Maya. Rudra calls a family gathering to tell them something really important about Maya. He proposes Maya once again in the same way as Mrityunjay proposed her years ago. She sees the same ring and understands Mrityunjay’s plan. Mrityunjay tries to break her down by reminding the past wounds.

He wants to see if she will be able to handle the sorrowful sting from the past. Mrityunjay puts her in a big dilemma. She loves Rudra so much that she tolerates the sting of Mrityunjay’s evil. Rudra tells Mrityunjay’s dialogues and further hurts her unknowingly. Rudra asks her to thank Mrityunjay, since he has written the dialogues. Mrityunjay wants the past to keep hurting her. Mrityunjay looks disgusting to Maya and Antara as well. He wants the women to be at their right place. Maya tells Rudra that his love is going to end her every pain soon.

He asks her not to wear the ring if she wants. She wants to wear it for his sake. Mrityunjay fails to weaken her love for Rudra. She wants revenge on Mrityunjay for using her love. Mrityunjay challenges her to keep wearing the ring, despite her hatred for him. He tells her that she will always remember him and feel him close. She injures her finger to get rid of the ring. He gets to see more of her madness.